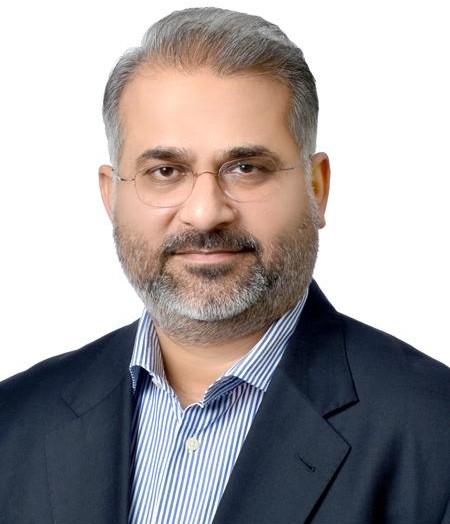 Zafar, who will now be reporting to the Country Manager of APM Terminals in Nigeria, Klaus Laursen, and work closely with the senior management team in Nigeria and the regional team in Dubai, was until his new appointment the Managing Director of APM Terminals Cotonou.

“I am happy to be back in Nigeria to contribute to the realisation of the country’s economic aspiration. Nigeria, which is the largest economy and most populous country in Africa, remains an important market in the region,” Zafar said in reaction to his new posting.

“I look forward to working with relevant stakeholders towards the successful implementation of our strategic priorities in WACT. I also look forward to expanding the frontiers of service delivery to our numerous customers, especially in Eastern Nigeria.”

Zafar joined Maersk Group in 1997 as a Maersk International Shipping Education (MISE) trainee in Pakistan and spent his early years in commercial and operations functions for Maersk Line in Pakistan and Germany.

With a passion for new challenges, he has spent the last 13 years in sub-Saharan Africa in various leadership roles in Nigeria, Ghana, Democratic Republic of Congo and Benin. Before joining APM Terminals, he had also worked as chief executive office for Damco West and Central Africa area.

Prior to working for Damco, he was Head of Operations for Maersk Line for the Central West Africa cluster, comprising Nigeria, Benin, Togo and Ghana, as well as Country Manager for Maersk Line in Ghana, and later in the Democratic Republic of Congo.

Knowledgeable and passionate for Africa, Zafar has shown strength in people-leadership – building and growing the business, whether in deployment of WAFMAX vessels for Maersk Line in West Africa, or pushing for double taxation treaty between Denmark and Ghana.

Others include setting up new intermodal corridors between the two Congos, thereby connecting Pointe Noir to Kinshasa by land, or establishing a new inland office in mines-rich Lubumbashi region in the Eastern DRC.

Zafar has been in the forefront of pushing the boundaries and delivering solid results while improving engagement with the stakeholders of Maersk Group. He holds a Masters in Commerce from University of Karachi and has attended leadership development courses at IMD.

West Africa Container Terminal (WACT), which started commercial operation in 2006, is the first Greenfield container terminal in Nigeria to be built under a Public-Private Partnership (PPP) model.

The terminal is located within the Oil and Gas Free Zone in Onne Port, Rivers State. Over the years, it has grown to become the most efficient gateway to markets outside the Lagos area.

The upgrade will also include the deployment of reefer racks with a 600-plug capacity, as well as expansion of the current yard, new workshop and a new terminal gate complex.