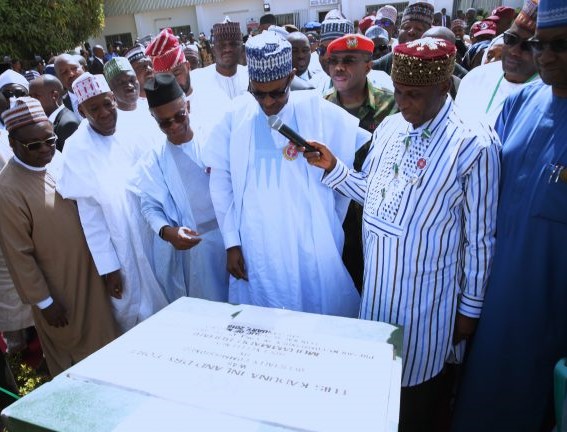 High cost of import/export cargo haulage to and from the multi-billion naira Kaduna Inland Container Depot (KICD) as well as other transaction incidentals mean that the facility, which was commissioned over a year ago by President Muhammadu Buhari, will remain unattractive to shippers for the foreseeable future.

This concern was raised in Lagos by the President of the Shippers Association of Lagos State (SALS), Rev. Jonathan Nicol, who explained that the absence of basic supporting infrastructures, especially direct rail link to and from the seaports, makes the facility too expensive for the shippers, who then prefer trucking down directly to their destinations.

According to him, the facility has no business advantage over the status quo because in the absence of direct rail system, the transfer of containers from Lagos port to Kaduna by road, in addition to incidental logistics, is quite expensive and discouraging.

“To transfer containers from Lagos to Kaduna by road is expensive,” Nicol said. “Even the local cost at a time was N1 million for a container, and it does not end with that because the importer will have to go there, perform all the normal (clearance) processes and then ferry the container to his/her warehouse.

“These are some of the reasons that importers are not ready to use the Kaduna Inland Dry Port. It is better for them to clear their containers at the ports in Lagos and ferry them straight to the hinterland.”

He regretted that the Federal Government has failed to encourage shippers, in line with the executive order on the ease of doing business, by not building requisite infrastructures in the sector.

Such inadequacies, he stated, would be better handled by a maritime ministry, if created, as it would be in a better position to handle the challenges arising from negligence of the sector.

According to him, “the establishment of a maritime ministry would lessen the burden on the Ministry of Transportation and is key for shippers to bring in more vessels. Though the (transport) ministry is doing its best, the ports can function better under a ministry of maritime.”

Nicol further lamented the steady somersault in government policies, including the continuous appointment of non-knowledgeable and non-professional hands as chief executive officers of the maritime agencies, who only spend time learning on the job only to be dropped soon after for political reasons.