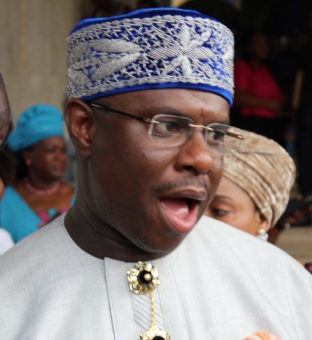 By Gbenga Oke Director-General of Nigerian Maritime Administration and Safety Agency, NIMASA, Dr Dakuku Peterside, yesterday, said those who desire peace, development and general well-being of  Rivers State will vote out Governor Nyesom Wike’s government in the state come 2019. Dakuku Peterside Peterside, who stated this during a live television programme monitored yesterday in Port Harcourt, said there was a disconnect between Governor Wike and Rivers people. According to him, “Wike’s government lacks focus hence its inability to key into the hope and aspiration of the people. “In 2019, Wike will be history, Rivers people cannot wait to make the governor history, Rivers people who desire development, peace, progress and general well-being of the state will come together to vote out Wike and I will be part of them. “The APC has alternative programmes and policies that will make the economic and socio-political indices of the state thrive rather than the below performance of the current  government. This government lacks focus on how to create jobs or provide the fertile environment for businesses to thrive but prefers to politicise development to achieve his selfish interest. “Wike politicises development, his politics are driven by self-interest, he does not put Rivers interest first,” he added. On whether he would contest the governorship of Rivers State in 2019, said “I am more focused on positioning NIMASA in the world map as a leading maritime agency. My position will be made known in the early weeks of August, whether I will present myself to run or not.”
Post Views: 923