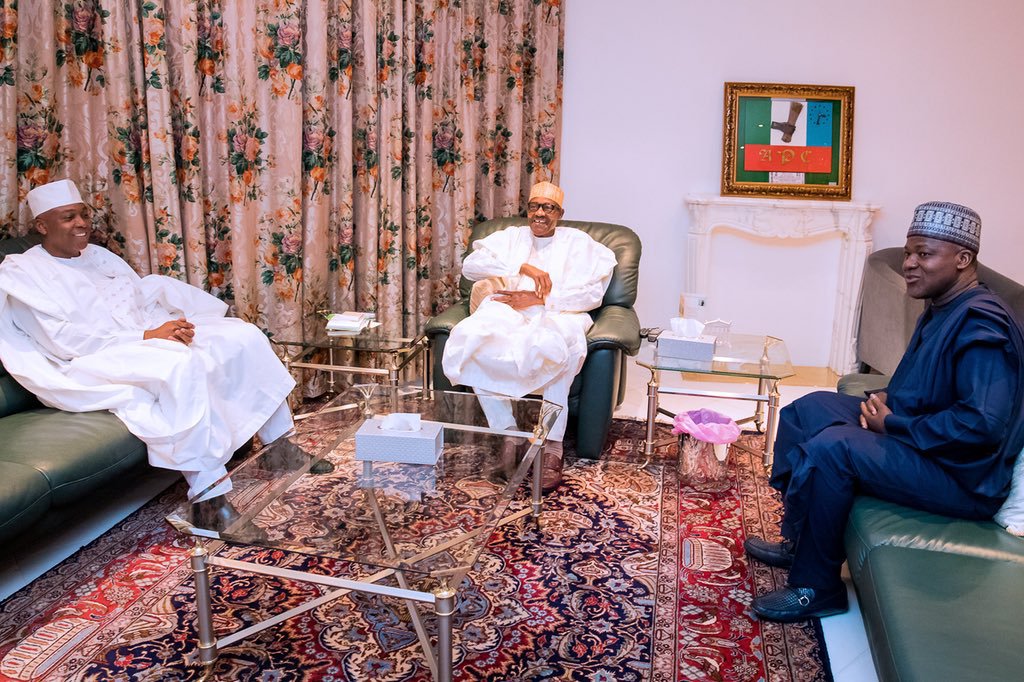 The president of the Senate, Bukola Saraki, and speaker of the House of Representatives, Yakubu Dogara, have given insights into what they discussed with President Muhammadu Buhari over the violence in Plateau State. The two principal officers of the National Assembly met with Mr Buhari on Wednesday at his official residence before the president went to attend the meeting of the Federal Executive Council (FEC). Speaking with journalists after they emerged from the meeting, Mr Saraki said they commiserated with the president and then got a briefing from him. “Part of the briefing is that he explained how steps are being taken to forestall re-occurrence and restore sanity because this is a great concern to him and to us also,” Mr Saraki said. The senate president also said at the meeting, the measures the National Emergency Management Agency (NEMA) and security agencies would take towards the crisis was discussed. The violence between herdsmen and locals in Plateau State has led to the death of about 100 persons in the past week with majority of them killed on Saturday by suspected herdsmen. Mr Saraki said nobody in the government was happy with the development adding “we will all come together to ensure that we restore sanity”. Mr Saraki also commiserated with all families affected by the violence. He said the leadership of the Assembly would also go to Plateau state on a condolence visit. Both Mr Buhari and his vice, Yemi Osinbajo, were in the state on Monday and Tuesday on condolence visits. Mr Saraki appealed to all involved to live together in peace and harmony. He assured that those in government “will continue to do our best to see that this kind of thing does not happen again”. Also speaking, Mr Dogara said Mr Buhari briefed them on “what he saw firsthand when he visited Plateau yesterday and measures he was putting in place to ensure that we do not have a relapse or a recurrence”. The speaker also said these are sober moments for all. He said a situation where people in hundreds continue to be killed was unacceptable. “We can no longer tolerate this kind of situation as a government. Whatever it is, we must not lose the fight against violence because we can’t lose that fight and still keep our civilization,” he said. The speaker said a visit to the North-east can clearly show the level of devastation caused by Boko Haram, “Everything resembling progress from schools to hospitals to government institutions, everything has been pulled down. And we don’t want a replication of this all over the country”. He said Mr Buhari has taken enough steps, which cannot be discussed in public because “these are security issues”. “These are not matters that you can discuss but he has told us what he is doing, the re-organisation that he plans to put in place to ensure that this don’t happen. “My advise to our people not just in Plateau State, but Benue, Zamfara, Taraba, virtually some communities faced with this situation especially in the north, I think the issue of securing our communities, living in peace must be taken as a project. “It is something each and everyone of us must invest in, whether as traditional rulers, as community leaders, councilors, chairmen, all strata of society must invest in peace building. “That is is the only way we can live in a secure community and ensure that we progress, as a country,” he said.
Post Views: 778