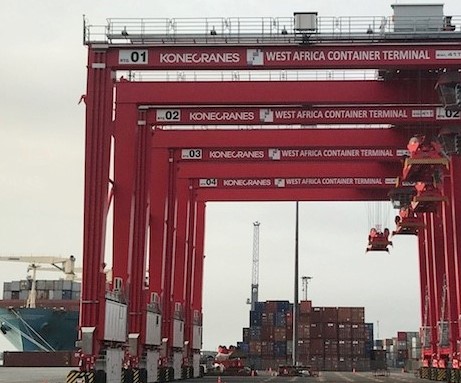 West Africa Container Terminal (WACT), Onne, has announced a million man-hour without Lost Time Injury (LTI) as no employee or contractor has yet sustained any injury that resulted in the loss of productive work time in its ongoing phase two terminal upgrade and expansion.

Senior Project Manager of WACT, Rutger ten-Thij, said in Rivers State during an event to mark the safety milestone: “We have our families at home and so everyone working on the construction site needs to go home safely at the end of the day.

“One million hours is only a number. To implement the project safely at all levels is our main goal. We need to achieve the whole project without an LTI.

“It is not only a goal for the project team but also for the workers on-site, their supervisors, the management team from Vita Constructions and the entire construction team.

“A high-rise building is coming up. Other safety issues will emerge. It will be challenging but I am confident that together with the contractors, we will achieve that as well.”

Also, the Chief Operating Officer of WACT, Capt. Prashant Baijal, said the one million man-hour without Lost Time Injury (LTI) was made possible by the “full collaboration between the project team and the contractor.

“At WACT, safety is our license to operate, and Vita Construction understands that very well. Thank you to all the teams working night and day, the bar has been raised, let’s take it higher by ending the project without an LTI.”

Others include acquisition of three Reach Stackers,13 terminal trucks and trailers, an empty container handler, deployment of reefer racks with 600-plug capacity, the paving and expansion of the current yard by 13 hectares, as well as new workshop and new terminal gate complex.

WACT is the first greenfield terminal built in Nigeria in 2003 at the Onne Oil and Gas Free Zone in Rivers State under the Federal Government’s public-private partnership. It caters to the greater Port Harcourt area and Eastern Nigeria, including the oil and gas industry.