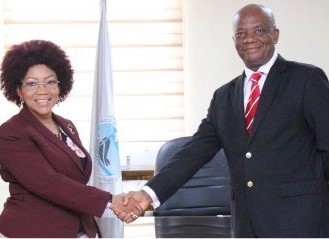 The former Director, Maritime Safety and Seafarers Standards and Certification, the Nigerian Maritime Administration and Safety Agency (NIMASA), Capt. Sunday Umoren, has been appointed the Ag Secretary General of the Abuja Memorandum of Understanding (MoU) on Port State Control.

Umoren, who is the first master mariner to head the body, took over on January 4, 2021 from Mrs. Mfon Usoro, whose tenure elapsed recently.

His nomination had earlier been supported by the NIMASA Director-General, Dr. Bashiru Jamoh, and the appointment approved by the Minister of Transportation and Vice Chairman of the Port State Control for West and Central Africa, Chibuike Amaechi.

Umoren is an accomplished professional with deep knowledge and experience in various aspects of shipping, including shipboard experience, marine operations and regulation.

His career spans many cultures and international exposures – from Asia, where he commanded foreign-going ships in Singapore, to Europe, where he was the fleet superintendent for the Nigeria Liquefied Natural Gas (NLNG) in London.

The Abuja MoU on Port State Control was signed at a Ministerial Conference in Abuja by 16 West and Central African states on October 22, 1999. The meeting was organised by the International Maritime Organisation (IMO).

It is the legal document under which countries of the region agreed to develop and implement a common mechanism for their respective port state control activities.

The main work of the MoU is to harmonise the port state control procedure and practices of all countries in the region, aimed at eliminating the operation of substandard shipping within the region.

By so doing, it ensures maritime safety, security, protection of the marine environment from pollution and improvement of the working and living conditions of ship crew. It also facilitates regional cooperation and exchange of information among member-states.