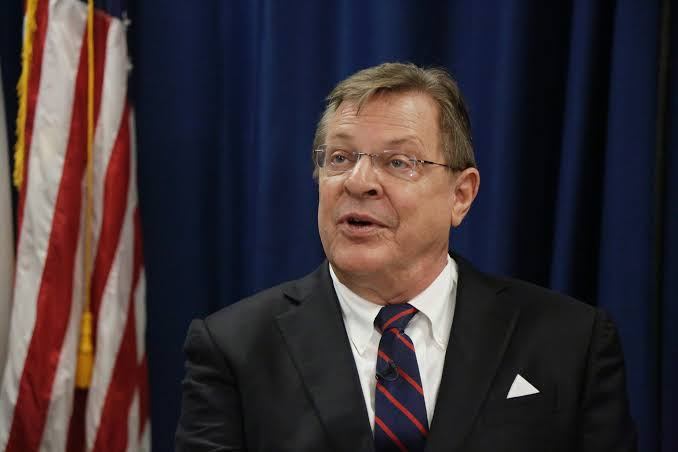 For a meaningful technological and economic growth, as well as the general well-being of its people, Nigeria’s friends and allies must encourage and support the growth of STEM (Science, Technology, Engineering and Mathematics) education among its citizens, the United States (U.S.) has said.

Addressing the audience at the Hidden Figures screening at the Silverbird Cinemas in Lagos during the International Day of Women and Girls in Science, U.S. Consul General F. John Bray, noted that “today, achievement in STEM-related fields is a key building block for any country’s economic success. With that in mind, friends and allies of Nigeria must encourage and assist Nigeria to succeed in this area.”

To Nigerians, particularly those of school age, the U.S. drew attention to the rapidly changing world of technology and innovations, insisting that STEM is a key building block for any country’s economic success, adding that “driverless vehicles, drones, lasers, artificial intelligence, robotics and nanotechnology” were “technology and innovations unimaginable not that long ago.”

He expressed delight that the women and girls at the event, especially the young girls, were interested in STEM, as a United Nations Educational, Scientific and Cultural Organisation (UNESCO) report had indicated that only about 30 per cent of all female students around the world select STEM-related fields in higher education.

“Mastering technologies such as these will be key to many job opportunities of the future – a future that may seem fantastic right now but shortly, all the things that I just mentioned will become commonplace,” Bray said.

“For comparison, think of how fantastic a car must have seemed when most people were riding horses for transportation; think of how incredible a laptop computer would seem in an era when computers were so large they took up entire rooms. Think of what your children or grandchildren would say to you when you describe the old days when people actually had to drive a car.”

He urged them to get inspired by the movie, Hidden Figures, which was a true story of three brilliant African-American women who successfully broke racial and gender barriers to contribute to America’s race to the moon, and use it to overcome whatever obstacles and defy doubters that they might encounter in their pursuit of a career in STEM.

To do that successfully, “you must be confident in your intelligence and demonstrate the determination and drive to succeed in any career path that you choose. Challenge yourselves, learn more about successful women in STEM fields and draw inspiration from them.”

“I strongly encourage everyone here to think broadly about ways you or your organisations can form partnerships and expand your networks to grow more women STEM leaders.”