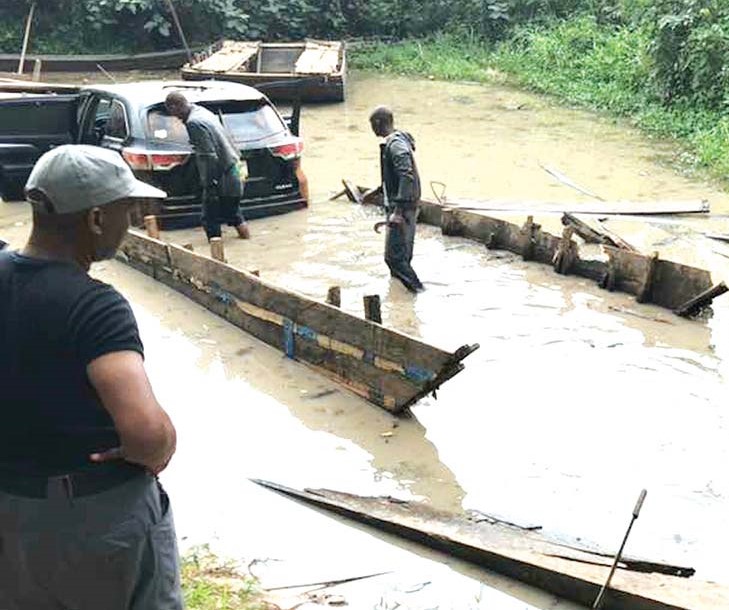 Two innocent boys, Adomeh Henry and Hunsu Taiwo, narrowly escaped with their lives after being hit by stray bullets from men of the Seme Area Command of the Nigeria Customs Service (NCS) on Friday as the agents tried to foil an attack by suspected smugglers.

Adomeh (10) and Hunsu (12), hit at back and ankle respectively, were said to have been treated at the Customs Clinic and discharged afterwards “strictly based on medical advice,” as the result showed that they had “no major damages.”

The command expressed regrets at the unfortunate incident, while assuring that it would partner the respective families by providing all necessary support to cushion the effects of this tragedy.

Acting on credible intelligence, the command’s joint patrol team was said to have gone on an operation along Seme Carpenter Village at about 5pm Friday and “identified a hideout used by some unpatriotic elements to stockpile Petroleum Motor Spirit (PMS) for onward smuggling to neighbouring Benin Republic,” a statement by the Command Public Relations Officer, Hussaini Abdullahi, read.

He explained that in their effort to evacuate the product, some persons “launched a vicious attack and aggressively advanced towards the scene of the seizure with assorted dangerous weapons, with a desire to set the place ablaze.

“Considering the volatility of the seized items involved and the fact that all efforts short of using force to halt the mob from advancing towards the scene proved abortive, officers were left with no option than to use their firearms to defend themselves and avoid the envisaged catastrophe.”

Meanwhile, the command has warned smugglers and their accomplices that their renewed hostility would never distract it from discharging its statutory responsibilities, rather, the economic saboteurs would continue to meet their waterloo.