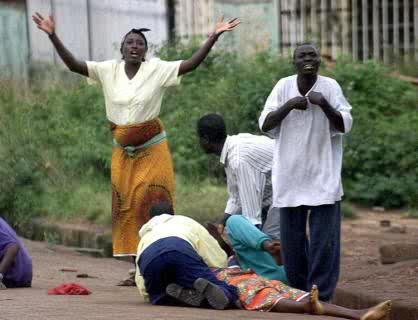 The fresh attack was confirmed by the Special Military Task Force (STF) in a statement signed by its Media Officer, Major Adams Umar and made available to journalists in Jos on Sunday. According to the STF, the attack took place at about 3am while The statement reads in part: “The STF notes with dismay the continued attitude of some criminals in Plateau State to make the state ungovernable through some unwarranted attack on some communities and innocent villages despite the tireless efforts of the Taskforce. “We regret to say that at 0300 hour this morning, Sunday 1, July 2018, our men at Barkin-Ladi LGA received a distress call from a resident in Mararaban Kantoma community that they were under attack by some armed bandits. Our men mobilised to the scene immediately and repelled the attackers. “The assailants, who were given a lot chase by our men, escaped with various degrees of injuries, while four of them were arrested; however, it was regrettable that before our men could get to the scene of the attack, four persons had already been killed by the attackers”. It was gathered from a source that a Pastor’s child was among the dead. The source added that the Church of Christ in Nations (COCIN) building was also burnt down in the attack that lasted hours. Meanwhile, a group known as Plateau Initiative for Development and Advancement of the Native (PIDAN), on Sunday, threatened to drag the Federal Government to the International Criminal Court (ICC) if the attacks persisted. “About 97% of attacks usually remained unrepelled and in 96% of cases no arrest is made,” PIDAN President, Dr. Aboi Madaki, said during a press conference in Jos on Saturday.
Post Views: 777