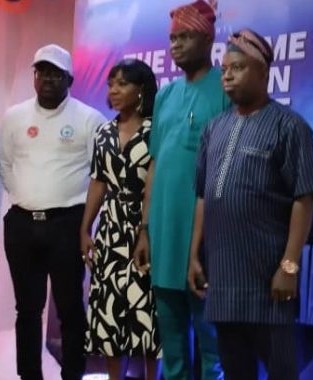 Stakeholders in the Nigerian maritime industry have called on the Federal and Lagos State governments to restore the fortunes of the sector by putting in place the enabling infrastructure and co-opting the maritime players to help release the sector’s huge employment potential for the youth.

Gathered for the Project One Million Jobs, organised in Apapa, Lagos by Employment Clinic, with the theme, “From Impact to Legacies: Heading to a New Frontier in Maritime Economy,” the speakers said that government needed to enable more investments to unlock the sector’s job potentials.

Chairman of Morlap Group, Isaac Jolapamo, while urging the youth to arm themselves with the right skillset, stated that creating one million non-seafaring, shore-based opportunities in the maritime industry was doable.

Jolapamo, who is also the Chairman, Board of Trustees of the Nigeria Shipowners Association (NISA), noted that “these are shore-based people who have nothing to do with running ships but are rather support staff. It is more than doable because in those days, we talked of five million jobs in the maritime industry. It has increased now.”

He insisted that the target was “doable, and in a very short period, because this may not involve the policies of training seafarers,” adding that to achieve this, the government should co-opt the maritime players and return the companies that were forced out of the country through unhealthy policies and discouraging business climate.

“There has been a very serious lull in maritime business,” he noted. “It is now that hope is becoming more authentic that it will come back and then go higher from there. My expectation is high, because when those companies come back, you have more opportunities.”

For the Chairman of Apapa Local Government Area, Mrs. Adejumoke Sebanjo, creating one million jobs and over is very possible if all players in the sector – government and the private sector – are willing and ready to create the chain of services.

According to her, “the chain is vast and wide. There are so many things and sub-sectors involved – services that are linked to the maritime industry. If you break it up, every sector can provide jobs for people – both skilled and unskilled. It all depends on the way it is being managed.”

Sad at the level of youth unemployment in Apapa in spite of the presence of the Apapa Port, Tin Can Island Port and many big and allied maritime companies, Sebanjo disclosed plans to invite all stakeholders, including heads of government parastatals and private companies, to a closed meeting on the issue.

She further urged the youth to be ready with relevant skills, be determined to express their feelings and demand their rights because if they do not, “nobody will give you.”

On her part, convener of the job clinic and Chief Executive Officer of Employment Clinic, Ronke Kosoko, noted that the jobs in view are latent, while the ignition needed in the right places by government across levels are the things that will spiral the employment opportunities.

“It is not us as individuals but stakeholders working with government where necessary. Over the decades, what the ministers have been doing is merely delivering powerful speeches, and it ends there.

“What is needed is action points. Certain things are over-hyped, the government just needs to do the right things at the right spots and these jobs will come out on their own; and of course give the necessary skills to the young people. That is what this programme is meant to take care of.”

The employment solutions strategist flayed the huge infrastructure deficit in Apapa, which has crippled vehicular traffic, as well as cargo clearance, stating that Apapa used to be “where some people go to work by 8am and close by 4pm, and another set resumes by 4pm and works till 4-5am, with the ports running 24/7.

“Some things happened that turned NIMASA (Nigerian Maritime Administration and Safety Agency) car park from warehouse to car park, so some things now need to happen to turn those things into what they used to be.

“There are things that need to be done to help the private sector operators to boom again. That is what this conversation is all about. Our part is first to equip the young people with the right skills, particularly those in the non-technical sector. Lagos itself has a role to play, with three ports sitting on their land.”