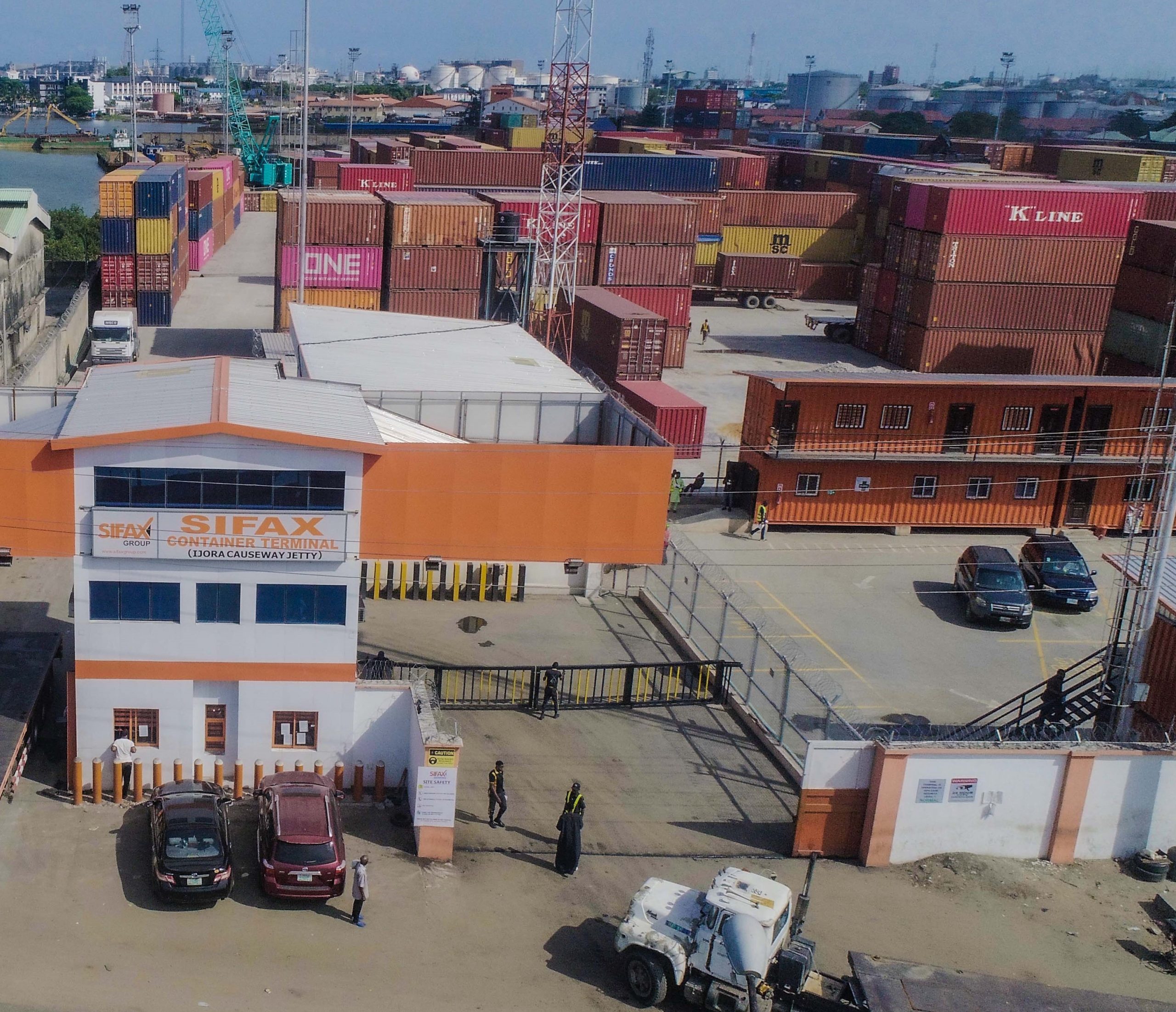 Driven by solid investment in technology and responsive customer care, among others, SIFAX Inland Container Terminal (ICT) – an off dock terminal owned by SIFAX Group, has recorded over 33,500 TEUs in its first year of operations, the Head of Terminal, Paul Van den Linden, said.

The terminal, located in Ijora, Lagos, was commissioned in October 2020 to alleviate the difficulties being experienced by various port users, including truckers, shipping lines, agents and consignees at accessing the Lagos ports.

Giving the terminal’s scorecard, Linden attributed its phenomenal growth to its smart solutions and excellent services, according to a statement by the SIFAX Group Head of Corporate Affairs, Muyiwa Akande.

“In the last one year, the terminal has recorded great strides in line with its core objectives of offering clients a smart alternative in cargo clearing around the Lagos ports,” he said.

“Our clients don’t have to go through the stress of traffic gridlock to clear their goods. Our terminal has saved them the stress. For our first year of operations, the terminal has recorded 33,500 TEUs of cargo processed.

“These include 22,000 TEUs of full-laden containers, 10,000 TEUs of empty containers and 1,500 TEUs of export containers. This was achieved due to our solid investment in technology, responsive customer care, as well as a motivated workforce.”

He further disclosed that the terminal’s customer-base has risen to over 600, including agents, importers and exporters, just as the company has launched a reefer container business to support farmers who export temperature-sensitive produce.

“The terminal is also playing comfortably in the reefer container space,” he noted. “We now have a solution where we pick temperature-sensitive produce directly from farms across the country to our terminal in Lagos, from where we ship them abroad in excellent condition.”

Meanwhile, Linden stated that the company’s phenomenal growth in the last one year has necessitated an expansion with the acquisition of adjoining properties, which are currently being reconstructed to meet the surge in demand.

To that end, its current 15,000 square meter-capacity will increase to 83,000 square meters when the ongoing expansion work is completed. Other projects for the future include building of a strong quay to berth feeder vessels, acquiring more cargo handling equipment and a transit park for trucks using the facility.