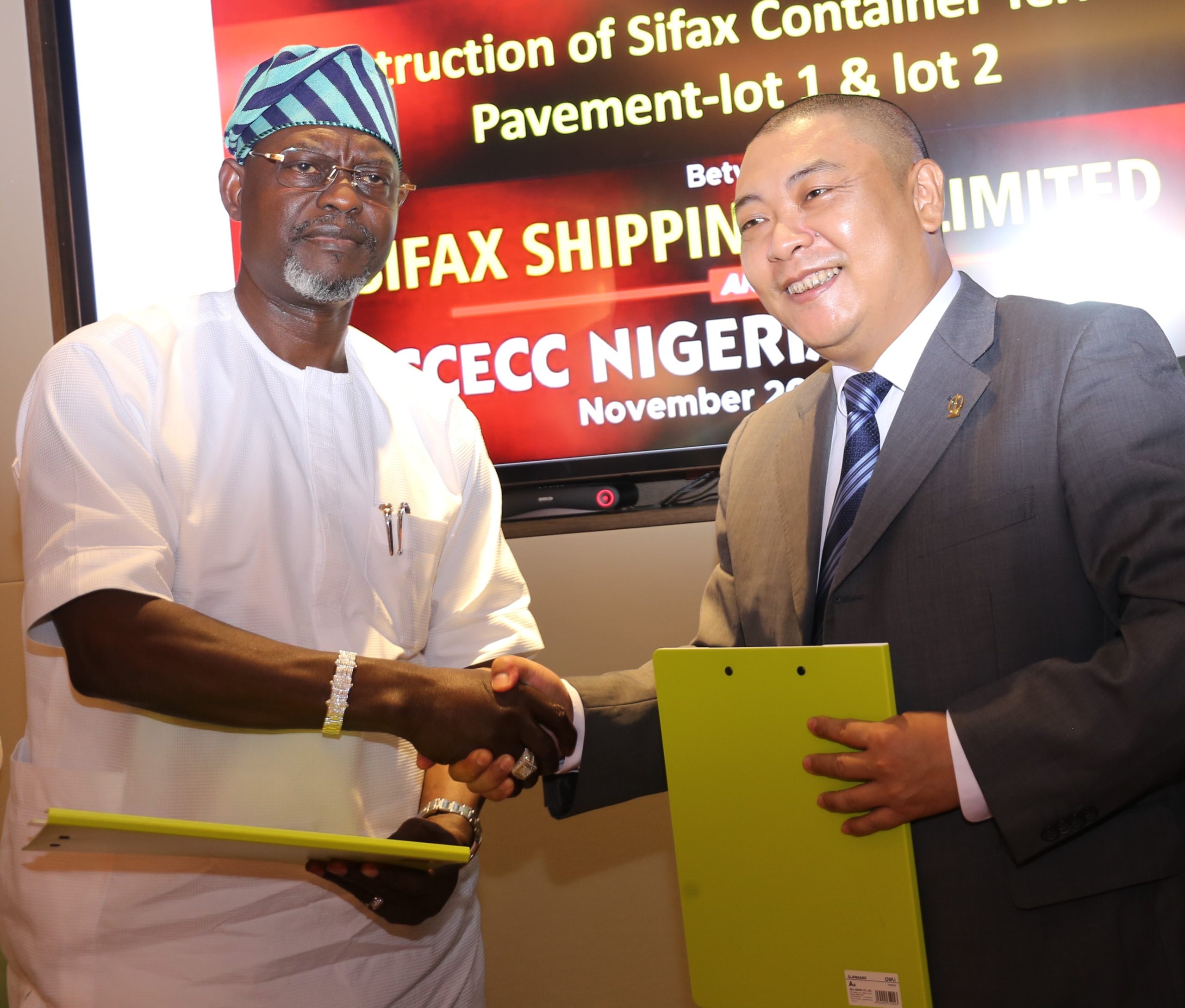 Boosted by a growing customer-base and increasing demand less than two years after it began operation, SIFAX Shipping ICT Limited has begun a massive expansion of its Ijora Inland Container Terminal (ICT) in Lagos.

Commissioned in October 2020, the subsidiary of the indigenous multinational, SIFAX Group, was established to alleviate the difficulties experienced by various port users, including truckers, shipping lines, agents and consignees, in accessing the Apapa ports due to the perennial congestion and gridlock in the area.

The terminal receives consignments by barges for onward delivery to customers, who thereby avoid the traffic congestion.

Explaining the need for facility expansion, the Group Executive Vice Chairman of SIFAX Group, Dr. Taiwo Afolabi, stated: “It sounds so unbelievable that the off dock terminal is just a year old, going by the impact made in such a short period of time,” according to a statement by the Corporate Affairs Manager, Muyiwa Akande.

“Our stakeholders have been treated to a whole new experience in cargo clearance: Consignments are moved to the terminal through barges without the hassles of traffic congestion; goods are cleared in record time, while the location of the terminal makes it attractive for truckers.

“All these have increased our patronage and made the initial terminal capacity inadequate to satisfy increasing demands. The terminal has consequently acquired adjoining properties to increase its total capacity from the 15,000 square meters at inception to 83,000 square meters.”

And “to ensure that the terminal operates in line with global standards in terms of infrastructure, the company has contracted China Civil Engineering Construction Company (CCECC) Nigeria Limited, a world-class construction company, for the construction of the terminal’s pavement.”

On his part, the Managing Director, SIFAX Shipping ICT Limited, Paul vd Linden, said the strategic nature of the terminal and the need to build a durable infrastructure at the facility necessitated the choice of CCECC.

According to Linden, “CCECC is a notable construction company with a track record of excellent service across the country. Having expanded the size of the terminal, we needed to put the terminal floor in a world-class state and that’s the reason CCECC was contracted.

“Due to the heavy-duty equipment that have been deployed, a super solid concrete surface that can withstand the pressure became necessary. We are excited with this agreement signed with CCECC and are convinced they will deliver the project within the agreed time.”

He further disclosed that the terminal is being positioned as a model in terms of technology deployment, modern facilities, excellent customer service and infrastructural development.

In this regard, there are plans to build a strong quay at the facility in readiness to berth feeder vessels, as well as to purchase more cargo handling equipment and a transit park for trucks using the facility.