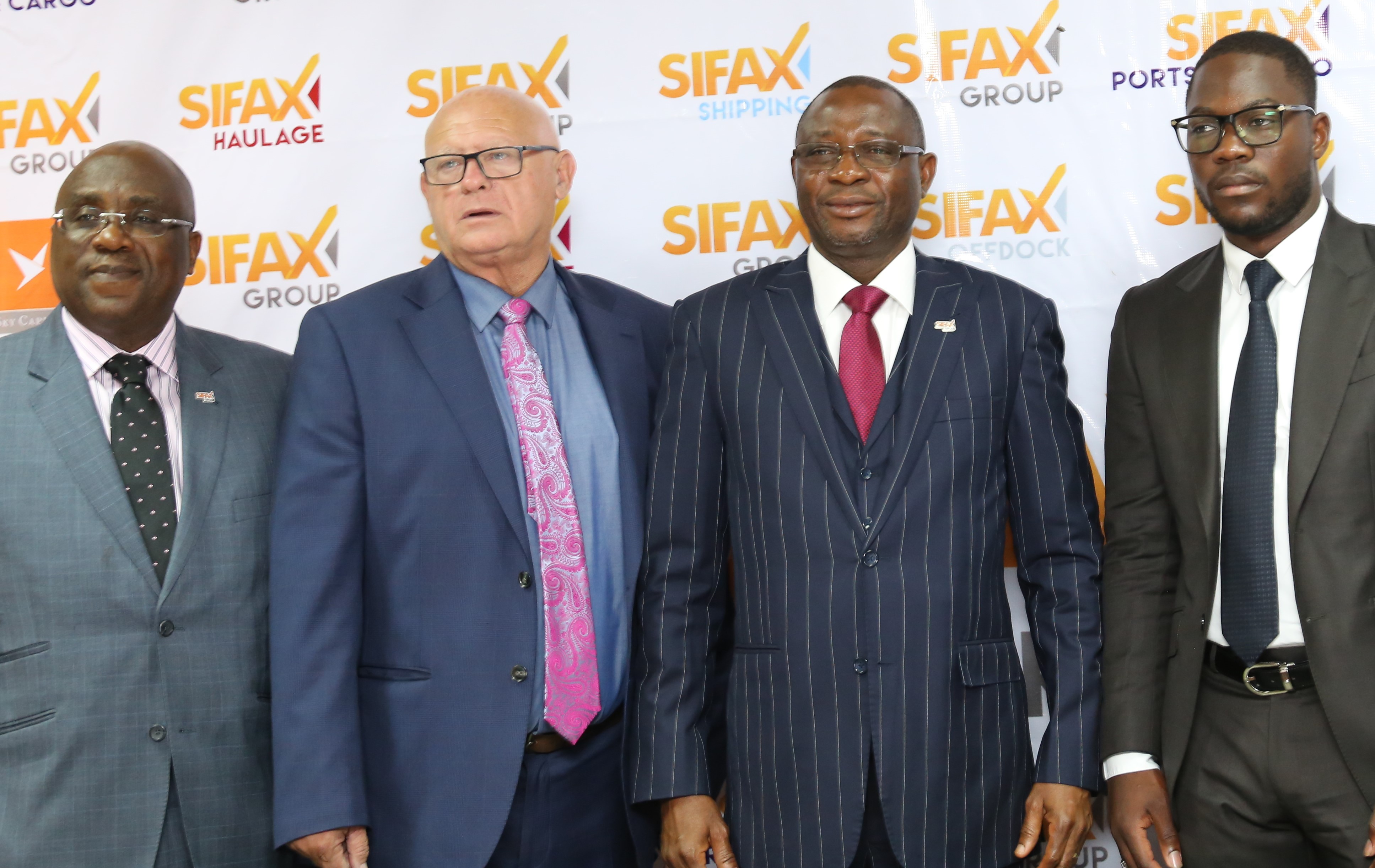 Addressing the media in Lagos during the company’s 2019 mid-year performance review, Jenkins said that the cranes, which cost €4.5 million each, would complement the five existing ones at the terminal (Terminal C of Tin Can Island Port) and “help improve our performance and turnaround time for vessels.”

Meanwhile, the Group Managing Director of SIFAX Group, Adekunle Oyinloye, disclosed that the company recorded a drop in volume in its operations in the half-year under review, blaming it on cargo diversion to neighbouring countries’ ports due to the deplorable Lagos port access roads.

On their achievements in the first half of the year, “it has been a mixed bag,” Oyinloye noted. “The road has been a major factor in slowing down activities at the port. We wish the road can be speedily restored, because that was the pride of our port at some point.

“A number of our consignments that spend some extra days at the port has no good reason to be there. If the roads were good, the delivery would have been smoother. In terms of number, we recorded a lower volume, but we believe we can overcome that over time.

“With the expanding port activities in other countries, everybody is trying to get smarter. Even the land-locked countries are beginning to grow ports, where efficiency is at play, and we are losing to the Port of Lome and even Cotonou. It is quite a shame seeing some ports in the west coast of Africa taking the shine off the Nigerian ports.”

Nevertheless, he hoped for a more conducive business environment in the remaining months of the year in view of the restructuring in the company and the intervention of the presidential taskforce in clearing the gridlock.

“The taskforce seems to have had some kind of formula in reducing the number of trucks lying on the road. With that, access in and out of the port might improve for the rest of the year and turnaround would be better,” he said.

“That might speak for higher business volume. Again, the general slowdown in the economy might also temper the volume that we expect. But all in all, we don’t see a bad year. Part of that look into the future has given birth to a five-year strategic plan.

“It is in planning and executing that plan that you see many of the new people we have brought on board to drive the new businesses we see. That is the reason we have positioned ourselves for increased number of bonded terminals.”

According to him, the multinational has also boosted SIFAX Haulage and Logistics’ existing 75 trucks with an additional 25 brand new ones, billed to be delivered next week, to enhance speedy delivery of cargo from the terminal, because “our haulage business has become a stronger part of us.

“We have massively invested in logistics to be able to do door-to-door for our clients and we tend to continually do that. We have also invested in massive equipment to support our growing businesses. We have a number of new equipment to handle berthing vessels and taking consignments to various destinations.”