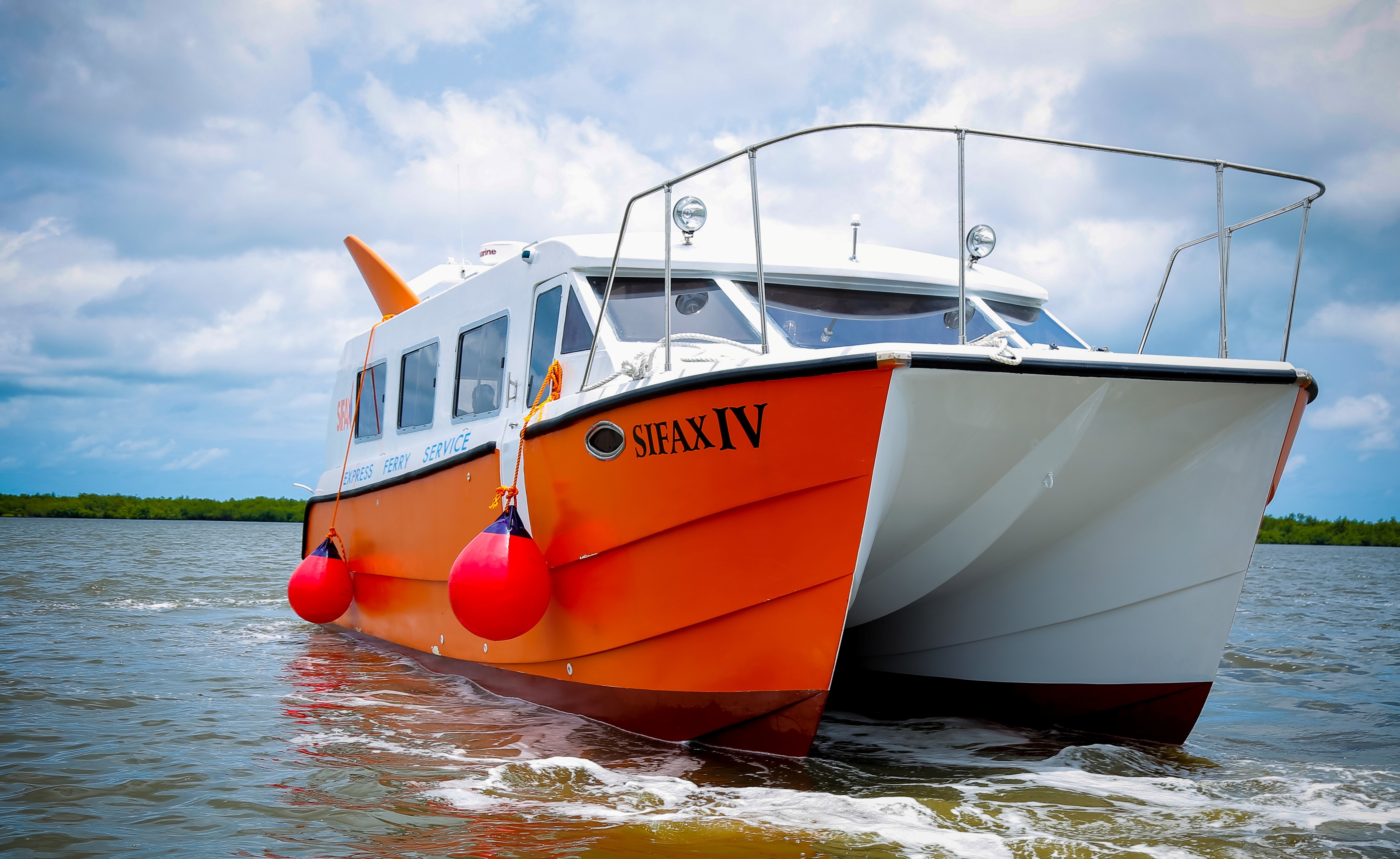 By Chidubem Anthony  Thousands of commuters who daily face the harrowing road congestion from the Ojo axis to Apapa now have an alternative as indigenous multinational, SIFAX Group, has commenced ferry service from its Ebute Ojo Jetty to Apapa. Deployed to pioneer the operations from its newly-acquired terminal at Ojo in Ojo Local Government Area of Lagos State are two 30-passenger ultra-modern boats. The ferry service operates the Ebute Ojo-Apapa (Liverpool) and Mile 2-Apapa (Capital Oil Jetty) routes from 7a.m to 7p.m every week day, while charter services are also available daily for private individuals and fun seekers interested in exploring the Lagos waterfronts. According to the Managing Consultant to SIFAX Ferry Terminal, Capt. Olugbade Ibrahim, the new venture was prompted by the company’s desire to increase transport options for commuters, and support the state’s efforts at developing its water transportation sector. “We are conscious of adding value and bringing new innovations to the waterway business,” a statement by the SIFAX Corporate Affairs Manager, Mr. Muyiwa Akande, quoted him to say. “Our business goals and objectives are well aligned with that of the Lagos State Government in the massive development of the waterways. This has prompted us to acquire these two ferries that we are starting with; we have plans to increase the number soon. “The ferries are the same with what obtains in advanced countries -safe, fast, convenient, spacious, durable and manned by experts with tested experience. Our onboard safety procedure is excellent.” He added: “Each of the two boats to Apapa and Mile 2 has 500 horsepower engine. As a safety-conscious company, in-flight entertainment is also guaranteed our customers. We have excellent customer service personnel to also attend to complaints and suggestions. “In no time, we will add more ferries and open up more routes across the Lagos waterways. We also want to make the service first class. The terminal building itself will be equipped with Wi-Fi, eateries and bank.” Similarly, the Group Managing Director, SIFAX Group, Mr. John Jenkins, said the company’s massive investments in water transportation is part of its overall strategic plan to deepen its commitment to the nation’s transport sector. According to him, by so doing, it would be solving a social problem by providing more jobs; supporting government’s initiative and helping grow the economy.
Post Views: 1,130