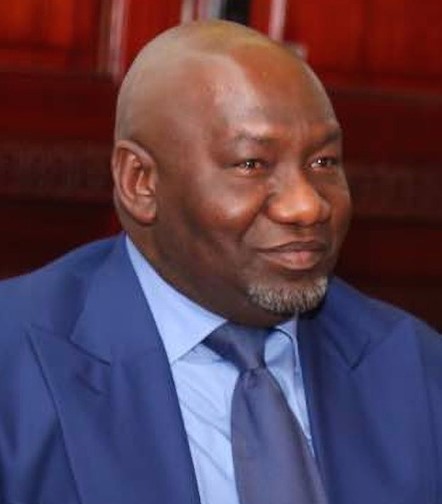 Indigenous oil firm, Aiteo, has alerted the general public to the malicious media campaign allegedly being sponsored against it and its Executive Vice Chairman, Benedict Peters, by Shell over its claim of discrepancies in the former’s reconciled oil figures.

Aiteo had requested Shell to account and pay for over 16 million barrels of oil belonging to it and the Nigerian Government, which it said were missing through the oil major’s actions and activities.

In a statement, the Group Head, Media Operations, Ndiana Matthew, explained that “hitherto unchallenged evidence of this missing crude is exemplified by the discrepancies in the production figures independently reported by the Nigerian National Petroleum Corporation (NNPC) and the Department of Petroleum Resources (DPR).

Opposing Shell, however, a media conference held last week by the Concerned Nigerians and some civil societies, including the Arewa Consultative Youth Movement, African Human Rights Centre and National Association of Nigerian Students, had alleged that Shell was instigating individuals and entities for a global smear campaign against the firm.

Reacting to this, Aiteo said the participants only confirmed that Shell has committed substantial resources towards impugning its corporate integrity, presumably to punish it “for its temerity to demand and insist on its contractual and commercial relationship rights.”

According to Ndiana, the outcome of the media campaign would create unnecessary digressions and distractions from the current issues encapsulated the firm’s demands.

He said his company was also aware that the campaign would rely heavily on anonymous dissemination and deployment by remunerated proxy “of deliberate misinformation and incorrect reportage aimed at discrediting and tarnishing our reputation, locally and internationally.”

Therefore, it felt constrained “to put on notice the government, our shareholders, host communities, investors, the international community and the general public about the existence of this disgraceful, unbecoming and unacceptably inappropriate media campaign.”

Aiteo alleged that the millions of barrels yet unaccounted for were due to Shell’s use of unapproved metering equipment at its terminal, adding that the DPR, after investigations upon complaints by the Local Oil Companies (LOCs), identified irregularities in that respect and rejected the methodology used.

“DPR issued further directions affirming its non-approval of the equipment used by the IOC,” the firm disclosed. “In doing so, it imposed a sanction in the sum of N250,000 on the oil giant for violation of Part 1, Section 2(d) of the Mineral Oil Safety Regulations and provisions of section 51 of the Petroleum Act 1969.”

It regretted that though several courts had also effectively disposed of Shell’s allegations through judicial pronouncements, the IOC continued to use the unapproved metering equipment, thereby continually understating the crude oil due to certain LOCs, including Aiteo.