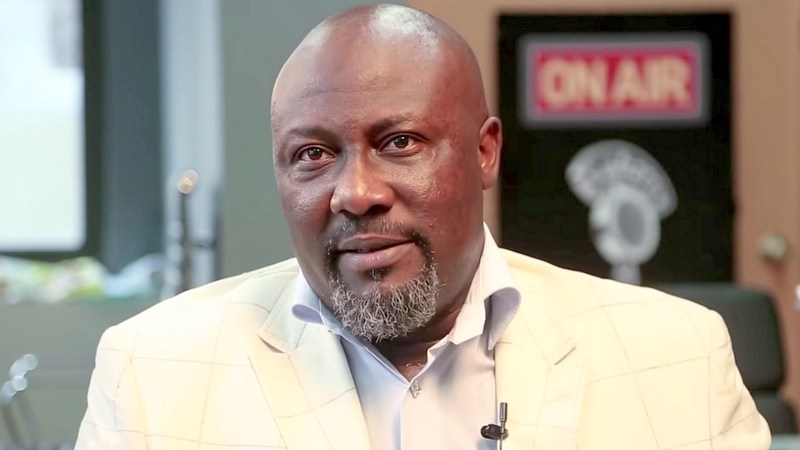 Senator Dino Melaye (Kogi West – PDP) has resurfaced just a day after the lawmaker’s family raised an alarm that he was kidnapped by gunmen.

The senator took to his Twitter account (@dino_melaye) to disclose how he escaped the attack and was “in the wilderness” for 11 hours.

He tweeted, “I thank God once again for escaping another dangerous attack. I also thank Nigerians for their prayers and show of Love. Spent 11 hours in the wilderness traumatized but God preserved me. God is the best and in whom ONLY I trust. They will continue to try. WE SHALL OVERCOME!!!”

Senator Ben Murray-Bruce (Bayelsa East – PDP) raised an alarm on Thursday, July 26, 2018, that Melaye had been kidnapped by unknown gunmen.

Murray-Bruce took to his Twitter account (benmurraybruce) to disclose that Melaye’s brother, Moses Melaye, informed him of the abduction.

He posted, “I have just been informed by Moses Melaye, dino_melaye‘s brother, that Dino has been abducted by unknown persons in a Toyota Sienna that blocked their car and overpowered them on their way to Kogi to answer to Dino’s court case. Let’s be on the watch out. Will keep you updated.”

However, the lawmaker’s media aide, Gideon Ayodele, told Oak TV on Thursday that he escaped the attack by running into the bush, but his whereabout was unknown.

“He (Melaye) was attacked and we believe he escaped into the bush but we’re yet to know his whereabouts,” Ayodele said.

Senator Melaye failed to appear for the commencement of his criminal trial at the Senior Magistrate’s Court in Lokoja, Kogi State, on Thursday, July 26.

During Thursday’s hearing, his legal representative, Yemi Mohammed, told the court that the whereabouts of the lawmaker was unknown after he was attacked on his way to Lokoja on Wednesday, July 25.

He said, “I learnt that he was attacked yesterday (Wednesday) in Gwagwalada on his way to Lokoja to attend his trial and up till now, I have not been able to reach him, I don’t know where he is at the moment.”

Senior Magistrate, Sulyman Abdullah, was compelled to adjourn the case till August 9, 2018.

After Kabiru Saidu, a.k.a Osama, and Nuhu Salisu, aka Small, were arrested at Ogojueje in Dekina Local Government Area of Kogi on January 19, 2018, they confessed to the police that Senator Melaye hired them to cause unrest in the state ahead of the 2019 general elections.

The criminal suspects disclosed that the lawmaker handed them a bag containing one AK-47 rifle, two pump action guns and the sum of N430,000 to unleash mayhem in Kogi.

The Senator has always maintained that he’s being politically persecuted by state governor, Yahaya Bello, as he faces two other criminal cases.

On Tuesday, July 24, he defected from the ruling All Progressives’ Congress (APC) to the People’s Democratic Party (PDP) after months of public animosity with the party and President Muhammadu Buhari.