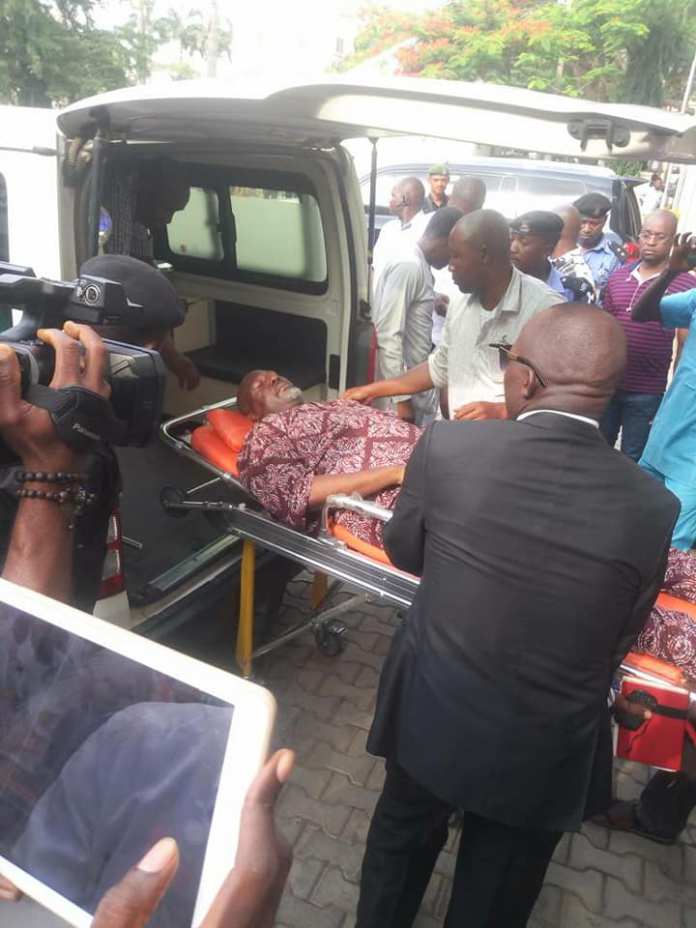 Dino Melaye, the senator representing Kogi West, is to spend 38 more days in police pending the commencement of hearing in the suit brought by police against him and three others. It has been reported that Senator Melaye was arraigned before a magistrate court, Lokoja on charges of gunrunning, kidnapping. Senator Melaye was granted bail in the sum of N90million on Wednesday but was immediately rearrested by the police. The senator was brought to court in a police ambulance around 9:17 am on Thursday.
The embattled senator’s lawyer, Mike Ozokome, had prayed for bail but the prosecution counsel, Alex Isihon, sought Mr Melaye’s detention pending the determination of the case.
In his ruling, Chief Magistrate Suleiman Abdulahi denied the bail application and asked that senator Melaye should be kept in prison custody till June 11, 2018.
Post Views: 733