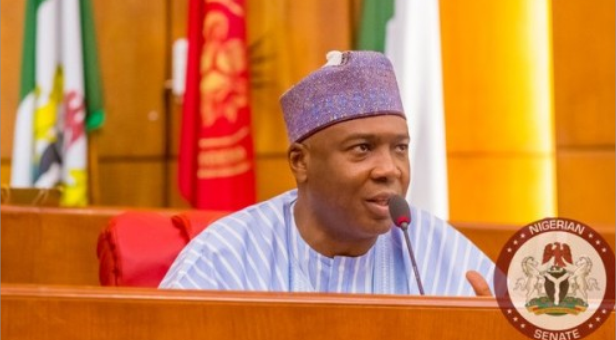 President of the Senate, Dr. Abubakar Bukola Saraki, has reiterated the resolve of the 8th Senate to tackle the menace of drug abuse in the country, even as he pledged that the Red Chamber will continue to ensure that women and children are respectfully treated both in the schools and work places.
Saraki spoke yesterday when he received a delegation from the Federation of Muslim Women’s Association of Nigeria (FOMWAN), led by Amirah Hajia Halima Jubril, at the National Assembly.
According to a statement by the Special Assistant to the President of the Senate on Print Media, Chuks Okocha, Saraki reiterated the determination of the Senate to work towards the eradication of drug abuse among all segments of the society.
The President of the Senate narrated to the FOMWAN delegation how the Senate conducted a roundtable conference on drug abuse in the ancient city of Kano.
“We in the Senate have taken a position on the over-the-counter purchase of drugs and its implications on the society, especially women and children,” Saraki said. “This is of great concern to us and we have made our recommendations to the executive arm of government. We will ensure that we protect our women and children from the dangers of drug abuse,” he said.
Saraki also stated that the Senate will ensure and guarantee the rights of all Nigerians, especially women and children in their place of work and school.
“This Senate cares about the rights of all Nigerians, especially as it regards issues of discrimination. This Senate will ensure that everyone is fairly treated,” he said.
Earlier, the leader of the delegation, Hajia Jubril, called on the Senate to strengthen the laws on drug abuse as a means of mitigating the increasing trend of the menace of drug abuse.
“The Senate need to take decisive action through legislation to protect the rights of women and children,” she stated.
Post Views: 955