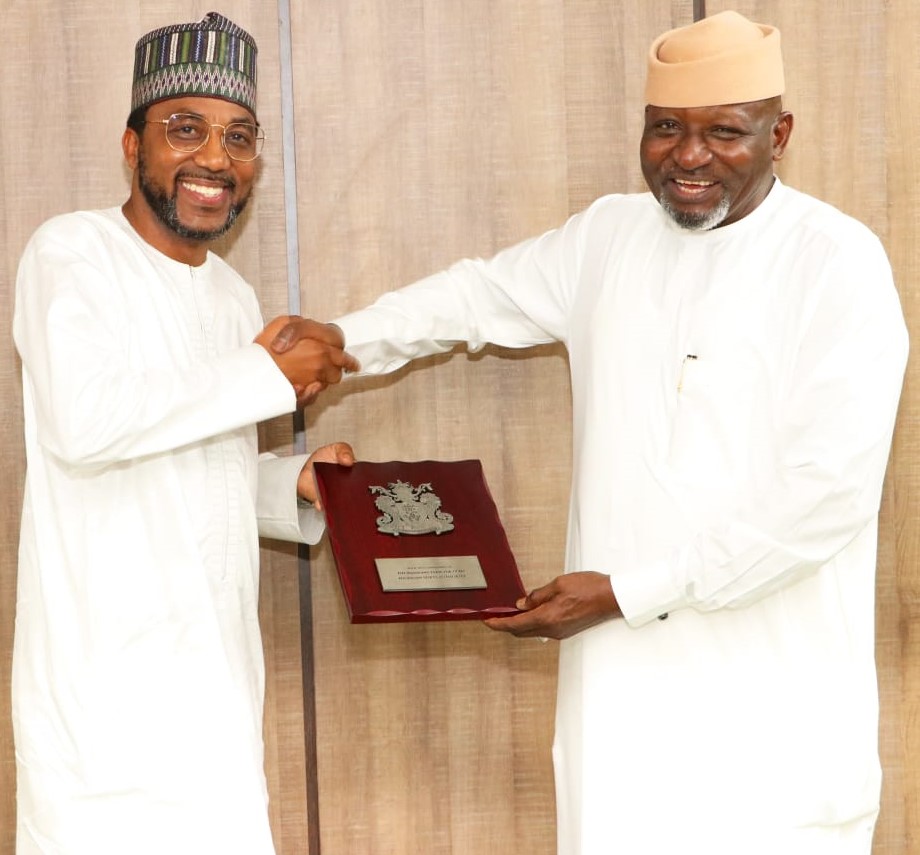 The Managing Director of the Nigerian Ports Authority (NPA), Mohammed Bello Koko, has been commended by the Minister of Transportation, Mu’azu Jaji Sambo, for the efforts of his management team, especially in the area of revenue generation and remittance.

Sambo, in company of the Minister of State for Transportation, Ademola Adegoroye, Permanent Secretary, Ministry of Transportation, Dr. Magdalene Ajani, and some other top officials of the ministry, spoke during his maiden visit to the NPA Corporate Headquarters in Lagos as part of the activities marking the World Maritime Day 2022.

He disclosed that the Muhammadu Buhari-led administration was quite pleased with the reforms being implemented by the NPA management in moving the nation forward, in view of the positive developments the sub-sector has brought to the nation’s economy, in line with international best practices.

According to Sambo, Koko and his management team were commended for their efforts at resuscitating and boosting the economy, especially the Gross Domestic Product (GDP), which has cushioned the effects of the nation’s dwindling revenue following the fall in crude oil prices.

He solicited cooperation from other relevant stakeholders, while assuring the entire maritime community of the federal government’s readiness to provide the enabling environment and support the NPA towards making the port more efficient and customer-friendly to attract investments and remain relevant within the comity of maritime nations.

“MD NPA, I must state that council is happy with you and your team,” a statement by Sarah Ballah, for General Manager, Corporate and Strategic Communications, quoted Sabo to say.

“I commend you and your management team for your efforts in moving the nation forward, especially in the increase in revenue generation to government coffers. You have done well, but I call on you to further block all other grey areas.”

He reiterated government’s commitment to ensuring the commencement of operations by Lekki Deep Seaport before 2023 as scheduled, stating that the port, alongside the recently approved Badagry Deep Seaport, would create jobs for Nigerians, encourage trade and investment and boost the nation’s revenue generation.

Meanwhile, Sambo directed Koko and his management team to ensure the full implementation of barge operations at the ports to further facilitate movement of goods from the seaports, which will also benefit the nation by yielding more jobs for fabricators and reducing investors’ cost of doing business.

“We are ready to assist you in ensuring that the use of barges is fully implemented in your operations. We need to walk the talk while we wait for the conclusion of other means of evacuation of boxes from the ports to cushion the effect of logistics through land transportation.”

Earlier, Koko thanked the ministry for supporting the agency at all times, while soliciting assistance in other grey areas of its operations. He informed the minister and his team of the agency’s resolve to further position the seaports according to international best practices.

Koko further assured of improved services and operations in order to keep abreast with global competitiveness and attain hub status within the sub-Saharan Africa.

To this end, he said, the agency has begun the process of acquiring more tugboats and pilot cutters for its officials to facilitate the operations, further reduce vessel waiting time and attract investment to the ports.