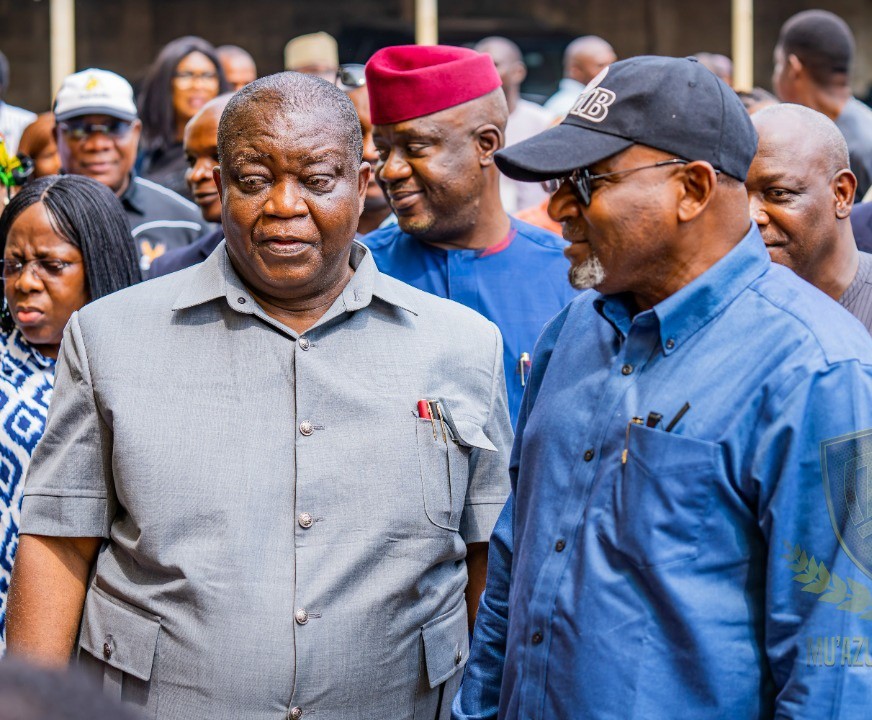 An ongoing 25-year rail infrastructure modernisation programme, anchored on the concept of Nigerian Railway Corporation (NRC) as bedrock of socio-economic development, will link all state capitals for seamless movement, the Minister of Transportation, Mu’azu Jaji Sambo, has said.

Speaking over the weekend during a working visit to the NRC headquarters in Ebute-Metta, Lagos, Sambo said that the corporation, as a bedrock of socio-economic development, has influenced many lives.

According to him, the NRC has a rich history of unifying the people and impacting so many lives, and “a lot of us who are our age know the impact the railway corporation has had on so many families in this country.

“Indeed, this corporation has done well in unifying the country. It is so unfortunate that this bedrock of social economic development was allowed to die, to be laid comatose at a time we discovered oil and at a time we even said we didn’t even know what to do with money.

“Honesty, I wish the incumbent president had come much earlier. However, it is better late than never. The foundation is laid and there is no going back. I don’t think any government will come after this and not continue with the railway modernisation programme of this administration, which has been very robust.”

Sambo further commended his predecessor, Mr. Chibuike Amaechi, and the ministry’s other members of staff for their achievements in the rail sector, while urging their continuous cooperation for a positive and enduring impression in the rail transportation sector.

“I want to thank those of you that we met on board for having achieved all that we have seen and some of those we are going to see today. The progress in the rail sub-sector is something that we are all proud of,” he said.

“I think the gratitude goes to my predecessor and those of you here who supported him. We must commend him for all the things he did while in office.

“One of those achievements is in the rail subsector. I want to join everyone in hailing my immediate predecessor, Rt. Hon. Rotimi Amaechi, for all he has done, especially in the rail sub-sector. He has indeed left an indelible mark which you cannot take away from him.

“Those of us that have come after him have a very limited time but we have vowed to continue from where he stopped and we can only make an impression if we get your total support.

“So far, we have received that support and hope that it will continue until the last day, which is May 29, 2023. May God spare our lives.”

He further assured the NRC members of staff of the ministry’s continued support by creating an environment where they can work comfortably without any harassment or intimidation.

“On our own, we will continue to support you as we know that we are all here for the good of the country. I would like to thank you for this warm welcome.”