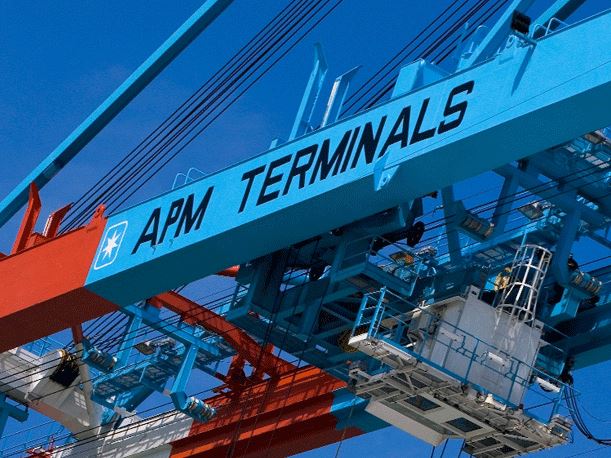 APM Terminals Apapa has stressed the need to abide by work environment safety rules as it sensitises truck drivers on accident-free conducts during an engagement to mark the 2021 Global Safety Day.

At the event, with the theme, “We Lead With Care”, which it organised at the Lilypond Truck Park in Lagos during the safe and secure work environment campaign, over 1,000 pieces of different Personal Protective Equipment (PPE) were distributed among truck drivers, especially those serving at the terminal.

Addressing the truckers, the company’s Chief Operating Officer and Head of Terminal, Steen Knudsen, described safety as “our license to operate.” He added: “We have kept that as our watchword. We want everyone that comes to work in our premises to be safe and return home without any incident.”

Also, the Head of Safety, APM Terminals Apapa, Felix Ugwuagbo, who emphasised adherence to the terminal’s environment safety rules, reminded the truckers that if injured, they would not be able to work and fend for family members.

“Truck drivers are very important to us. Without truck drivers, containers cannot be moved,” he stated. “Truck driving is a very delicate job in that if care is not taken, anything can happen. The terminal is not a place you walk around as you please. It is a place that has heavy containers, equipment and other heavy objects.

“At APM Terminals, we lay strong emphasis on the safety of individuals who work in the terminal. We cannot do it alone, and that is why we say that truck drivers must be aware of our safety rules.”

Also, to avoid accidents and injuries, people are not allowed to wander about and drivers are required to stay in their trucks once inside the terminal, he added.

Meanwhile, the Port Manager of Lagos Port Complex, Mrs. Olufunmilayo Olotu, commended APM Terminals for such initiative. Olotu, who was represented by the Head of Safety, Lagos Port Complex, Oyedokun Oyewole, noted that it was “first of its kind,” as no other terminal had ever done it.

“Also, we want to encourage APM Terminals to have this kind of event quarterly to educate truckers. There is a saying that ‘Health is Wealth’. You can only be active and energetic to work when you are healthy. Your truck must also be in good condition. If your truck is faulty, get it repaired. When you do this, it is for your own good.”

On their part, representatives of the truckers thanked APM Terminals for prioritising safety. They urged the company to sustain the gesture.