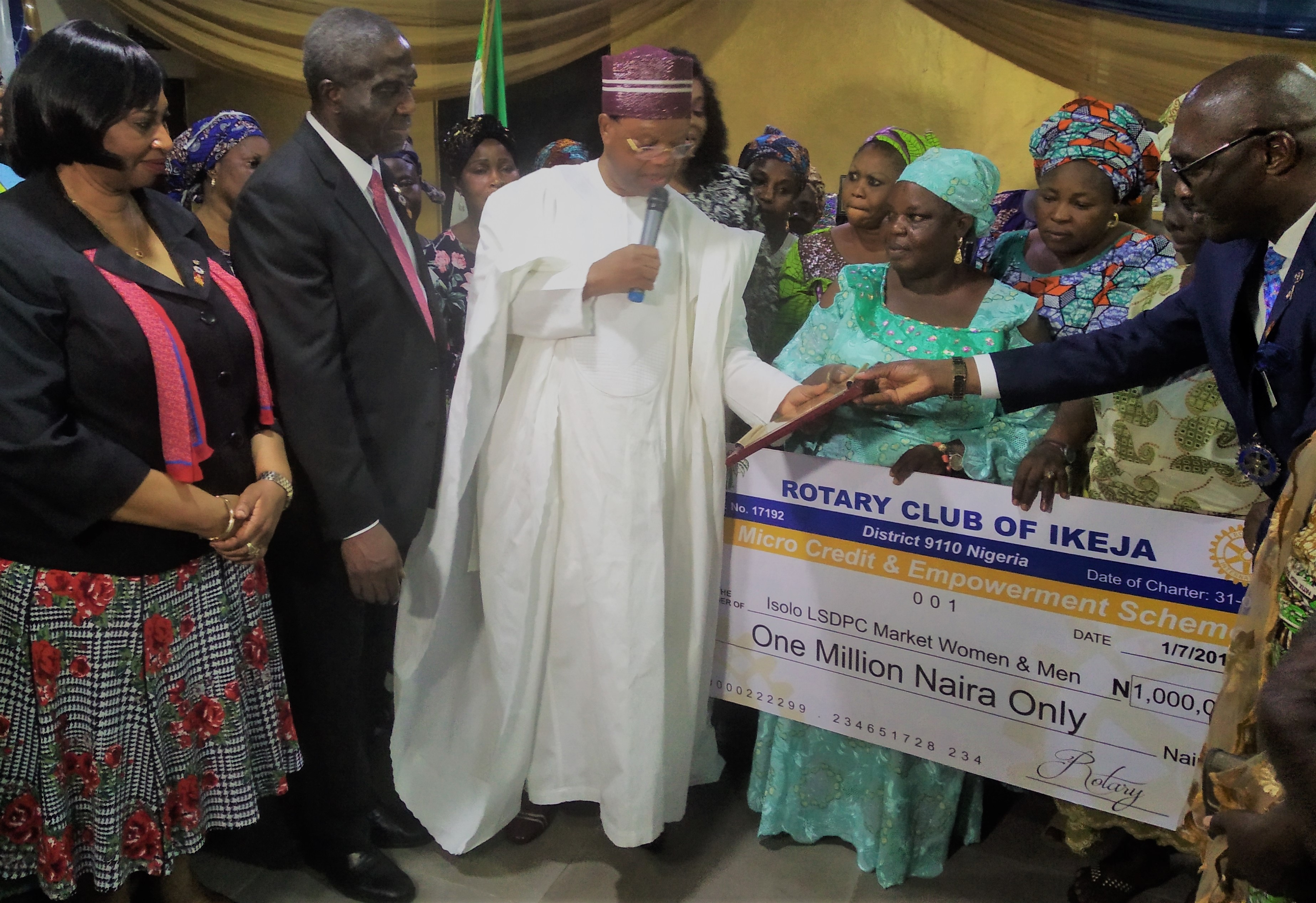 Towards a total eradication of the cancer of the cervix in Nigeria, the Rotary International, District 9110, is set to immunise young females between 9 and 14 years across the South-West Region, the District Governor, Dr. Jide Akeredolu, has disclosed.

Addressing members of the Rotary Club of Ikeja in Lagos Monday on the district’s activities for the year commencing July 1, Akeredolu said that the Cervical Cancer Prevention Programme is the star project because of its huge impact on humanity.

He disclosed that while statistics from the World Health Organisation rate cervical cancer as “the second commonest cancer among women and every day in this country, 26 women die of the sickness, translating to a woman dying every 55 minutes, it is unique in that it is totally preventable by just vaccination.

“It is caused by a virus called the human papilloma virus, and if we can immunise young girls between the ages of 9 and 14 against the virus, they can become immune to its infection, and by extension completely immune to the cancer, and that immunity is life-long.”

On the funding challenge he said that though “the vaccines are quite expensive; each costs N11,000 and every girl will need two (N22,000), but if juxtaposed with the prospect that you can prevent this lady or young girl from ever contracting cervical cancer, I think it is a good investment, and we are planning to build a generation of women that is completely immune to cervical cancer by vaccinating them with the right vaccination at the right time age.”

Therefore, the district will immunise as many young girls as it could, and has reached out to the Federal Ministry of Education and Ministry of Health, which have decided to come on board, because “research has shown that age 9-14 is ideal for the vaccine to work.

“Other forms of vaccine have to be administered about three to four times to older women of up to 25 years, but we are starting with the primary vaccine, which is the most effective. That is why we are reaching out to the Ministry of Education to reach out to schools where we have that age range.

The other major project is the Extreme Poverty Reduction Programme, which is expected to cost N80,000 per person from training to equipment, and targets people who use over 80 per cent of their income on food; have little or no skills, no stable employment, no stable housing, among others.

“We will give them vocational training for six months, and then start-off kits – hairdressing, sewing, pepper grinding kit, among others. Then they can graduate from being extremely poor to just being ordinarily poor. So they can at least sustain themselves.”

Meanwhile, the Rotary Club of Ikeja also kicked off its year with its flagship empowerment programme, through which it handed out a cheque of N1 million to 40 beneficiaries of the N25,000 interest-free loan. Handing out the cheque the head of the Isolo market community, the club President, Olumuyiwa Fagbola, said it used to be N500,000, which they returned on quarterly basis.

“This year, however, we moved up to N1 million, so instead of 20 beneficiaries of N25,000 each, we now have 40. In effect, we make more market men and women benefit from the interest-free loan scheme, and once they make quarterly return, another set benefits.

“Today, at the beginning of our rotary year, we have five benefiting communities, including the Rotary Vocational Center at Ikorodu Igbogbo, NAFOWA, Ikeja, Agidingbi Community and FSD Vocational Centre – all of which we gave empowerment tools such as hairdresser, hair washing machines and sewing machines, among others running into millions of naira each time.”