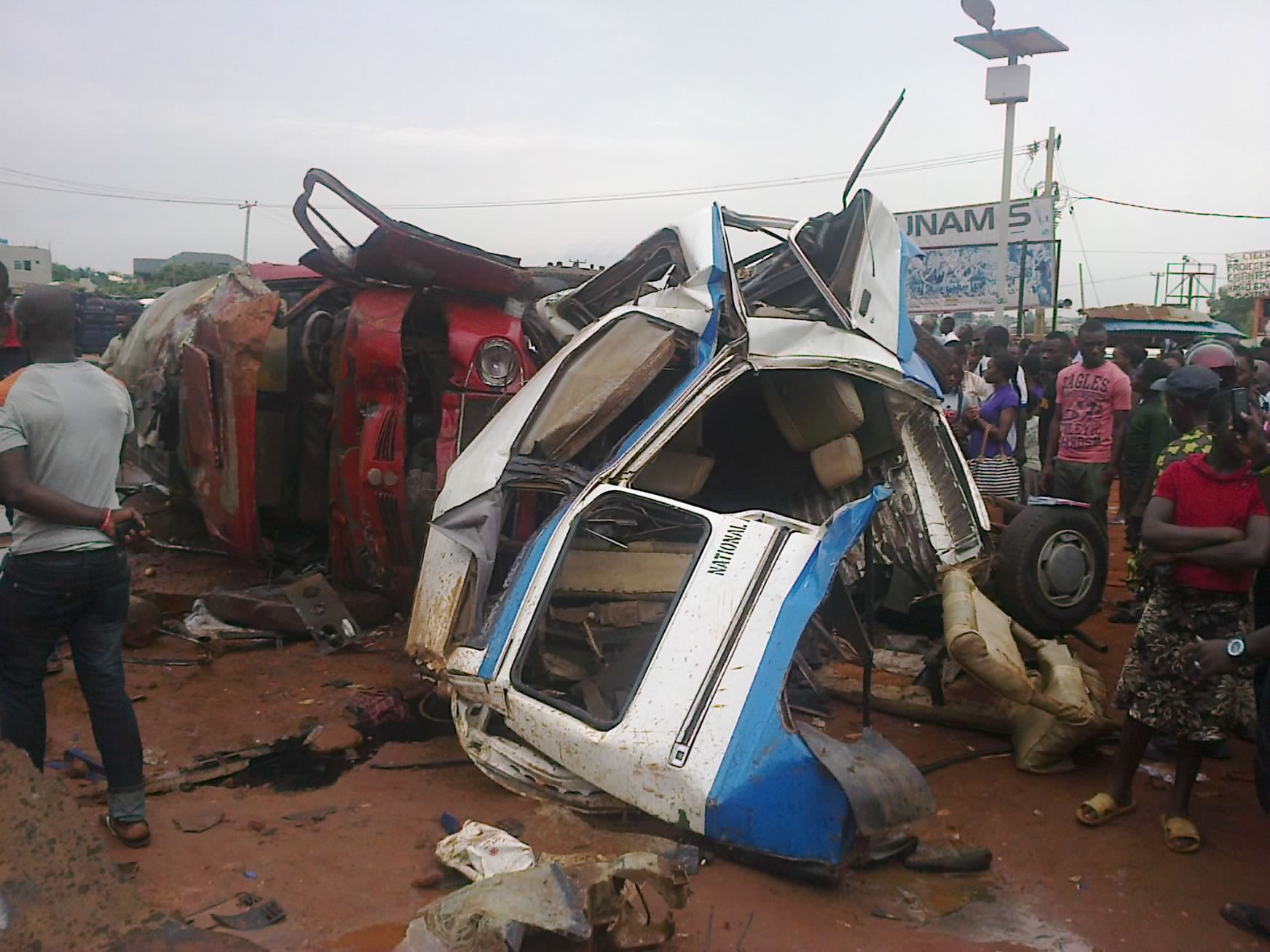 A fatal accident around Anambra Government House axis of the Enugu-Onitsha Expressway has claimed the life of a middle-aged woman and left six others injured. The accident involving a commercial bus plying Perm Site route in Awka metropolis with registration number Awk 166 XX and a Toyota Camry car with registration number, FGG 28 LN, took place at about 5.30 pm on Thursday. At the scene of the accident, our correspondent learnt that the victims have been reportedly rushed to hospital by men of the Federal Road Safety Corps. An eyewitness who spoke to Tribune Online at the spot of the accident, Miss Chiamaka Ugo narrated how the Toyota Camry had slammed into the bus, causing it to somersault into a nearby gutter that leads to the death of the yet to identified woman. Confirming the incident, the Sector Commander of the FRSC in Anambra State, Mr Sunday Ajayi said three of the injured persons were taken to a nearby hospital in Awka while three others in very critical condition were conveyed via an FRSC ambulance to Nnamdi Azikiwe University Teaching Hospital, Nnewi. He identified wrongful overtaking and over speeding as the major causes of the accident and appealed to motorists to exercise caution when plying on the state roads, emphasising the need to place safety first above every other consideration. At the time of filing the report at the state FRSC headquarters, the ambulance conveying the critically injured persons to Nnewi has left in the company of FRSC officials and relatives.
Post Views: 825