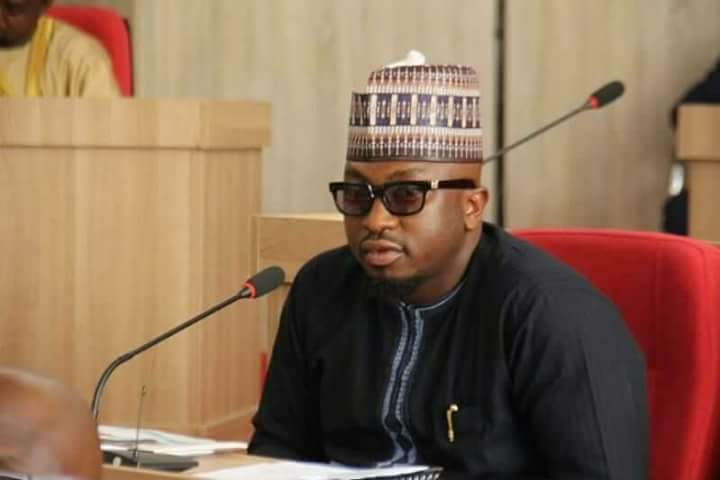 National President of the Role Models Foundation (RMF), Mr. Graham Elendu, has commended the Deputy Majority Leader of Kogi State House of Assembly, Mr. Ahmed Mohammed, for delivering the dividends of democracy to the state generally and Ankpa 1 constituency in particular. Elendu, who urged other politicians to emulate Mohammed, said the people of Ankpa 1 constituency are lucky to have the lawmaker as indigene. In an interview, the philanthropist-turned politician, who was recently nominated as RMF’s Personality of the Week in the “Role Model Under-40” series, said he attended Air Force Primary School, Port-Harcourt, from 1985 to 1991. Afterwards he attended Stella Maris College, Port-Harcourt, and Igah Community College, Ikeje Okpo in Olamaboro local council of Rivers State before proceeding to Rivers State Polytechnic, Bori, where he read Banking and Finance. “My first appointment was Universal Trust Bank (UTB), where I worked as an accountant. I went on to work for Akpos Marine Limited, a leading marine and haulage firm in Rivers State, as accountant. “Due to my result-driven approach towards achieving tasks and objectives, within a short period I became the finance manager and later in 2007 started my own marine company – Ahmedis Concern Limited – which is into marine, civil, mechanical and general contracting. I also ventured into real estate. “I am a very resourceful, enterprising and quintessential individual, and have achieved tremendous success in business. My work experiences before joining politics included banking (as an accountant with UTB), purchasing manager and chief executive officer, Akpos Marine Limited. I was also able to start my own company from scratch and ran it efficiently into a successful business. RMF: What were your challenges while growing up and how did you overcome them? As the first child, growing up was very challenging because my dad was not wealthy. I understood what was going on early and decided to take my destiny in my hands. I remember using the first car I bought with my savings from my IT at UTB, Ikwerre Road, to do taxi, while my childhood friend, Victor, kept me company. Our mates used to laugh at us but we knew what we wanted and where we were going. RMF: Who is your role model? There was someone I looked up to, Shehu Concern. He was not a star per se but a businessman and stockbroker in Lagos, who started from nowhere and got to the top. There was also my boss, Akpo Uvo of Akpos Marine. He started from the scratch and inspired me with his story when we met. He played a great role in my life. Politically, I would say that from President Muhammadu Buhari I learnt that your works might not be appreciated immediately but eventually. I learnt to do good and to be honest, no matter what happens, because in generations to come, your works/good would speak for you. RMF Team: Are you involved in charity/youth empowerment? Through my foundation (Ahmed Mohammed Foundation), I have enrolled over 200 Ankpa sons and daughters via the Ahmed Mohammed Skills Acquisition and Entrepreneurship Scheme. A former employer of labour, I have empowered and employed youths in my company, offered scholarships to students in Ankpa local council from secondary school to university level. On January 1, I flagged off the biggest water project ever done by any legislator in Kogi State, tagged ‘Operation Water For All,’ which targeted 19 communities within the five constituencies I represent. Work is completed, commissioned and put to use in some communities while seriously ongoing in some. As part of my constituency outreach, I provide motorised borehole to communities, build and rehabilitate schools, provide healthcare services where necessary and, above all, established a strong relationship with the people of Ankpa district. The aim is to make water accessible to no fewer than 16 communities in Ankpa 1 constituency. This project became necessary due to several requests by residents in some rural communities because of lack of potable water. The project is ongoing and we are hoping to extend it to other communities. The completed projects include: borehole at Ankpa-Taiwo Road, Ankpa-Ojede borehole, Ankpa-Ejegbo borehole, water project at Ankpa-Oturkpo Road, water project at Ankpa-Angwa Ofoda, water project at Ugolo-Ochinobi, and water project at Angwa Mission Street. Others include rehabilitation of secondary school classrooms in Ugolo-Ochinobi, scholarships from secondary to university level, over 200 youth in various fields of Ahmed Mohammed Skills Acquisition and Entrepreneurship. At the House of Assembly, he has moved many motions, such as the review of the Ankpa Township Road awarded by the administration of former Governor Idris Wada, state government’s intervention against the high rate of insecurity in the state, and government’s intervention to solve the challenge of inadequate water supply in Ankpa council. The others include government’s urgent intervene to make Ankpa Zonal Hospital functional, government to rehabilitate, equip and ensure efficient functioning of vocational and technical colleges in the state, government to construct Abache-Okenyi-Ojibogo-Ejinya-Efofe-Aguyaya Road in Ankpa council. RMF: Word for the young ones: They should believe in themselves, as whatever they desire they can achieve through hard work. RMF: Where do you see yourself in the next 10 years? I see myself becoming the president of this great nation. I know as a youth we can do well, too, so I look forward to becoming the youngest parliamentarian in the green chambers. RMF: Worst moment/best moment: My worst moment was when my mum had an attack. She was like a breadwinner, too, and was in charge of our clothing, so we lost our bath-ups to that attack, but I thank God I have been able to handle her case for the past 15/16 years while we hope for a miracle. RMF: Passion and driving force: As the first child of many children, I never wanted to depend on my father, so that made me hit the streets early to hustle.
Post Views: 1,685