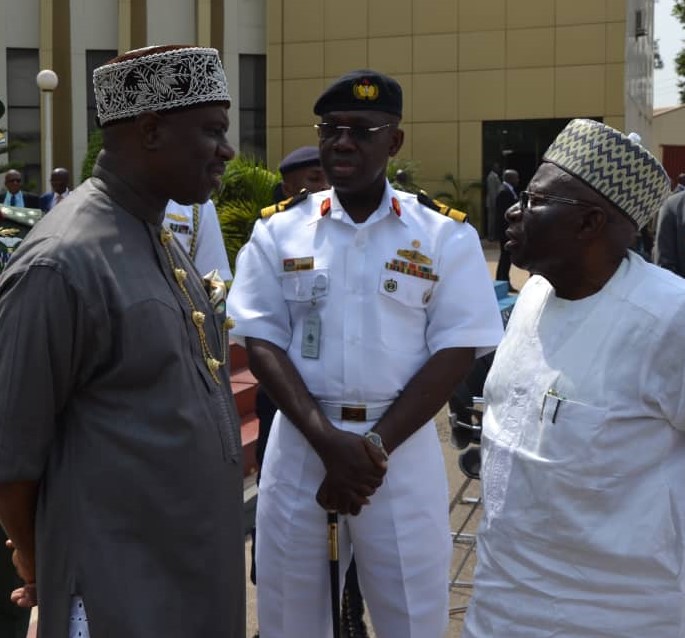 To effectively tackle the challenges of maritime insecurity, which has become a global phenomenon, multilateral cooperation, especially among African countries, is imperative for vessel safety and to enhance the opportunities in the exploitation of marine resources.

Making this submission last week, the Director-General of the Nigerian Maritime Administration and Safety Agency (NIMASA), Dr. Dakuku Peterside, noted that the agency has created operational conditions that have prompted a turnaround in prospects for maritime safety and successful utilisation of the country’s enormous marine resources.

Peterside, who delivered a lecture on “Maritime Safety and Shipping Development in Nigeria: Challenges and Prospects” at the National Defence College, Abuja described shipping as perhaps the most globalised of all great industries in the world,” according to a statement by the Head of Corporate Communications, Mr. Isichei Osamgbi.

“Approximately 90 per cent of world trade is transported by ships. Such as the case of Nigeria, this figure is close to 95 per cent. There are over 50,000 merchant ships trading internationally today, manned by over a million seafarers and carrying every kind of cargo. Thus, the safety of vessels is critical to the global economy.”

He noted that maritime safety had moved from the approach of reacting to marine incidents only after their occurrence to a proactive regime that entails prior initiation of solutions based on risk analysis.

According to him, research on maritime accidents/incidents in Nigeria between 2016 and 2018 showed that 38 per cent resulted from collision (poor vessel traffic) – human error, 19 per cent from fire explosion, 12 per cent capsized, grounding and sinking accounted for eight per cent each, while oil spill caused 15 per cent.

Therefore, industry actors have a greater role to play in the new approach to maritime safety, as they have better control over the human elements, while on in its part, NIMASA, through improved enforcement and monitoring mechanisms, is tackling the human factors that could imperil shipping in the country, he said.

Nevertheless, “NIMASA has continuously dealt with safety challenges in the context of operations, management, surveying, ship registration, and the role of administration,” he added.

“Since international maritime safety has moved from a largely prescriptive and reactive safety scheme to a risk-based proactive regime, responsibility for safety is being placed on those in the industry to set out and create new perspectives on risk-based decision making.

“Hence, the way forward would be to adopt a Formal Safety Assessment (FSA) framework for maritime safety management,” which consists of identification of hazards, assessment of risks associated with the hazards, finding ways of managing the risks, analysis of the risk control options (RCOs), and deciding on the options to select.

Similarly, he disclosed that the six fast intervention security vessels, which NIMASA leased under its maritime security strategy project, had made tremendous impact by helping to increase Port State Inspection by 10.53 per cent in 2017, from 475 in 2016 and 525 in 2017. It also facilitated an upswing in Flag State Inspection, from 77 in 2016, to 98 in 2017, representing a 27 per cent increase. For the Commandant of National Defence College, Rear Admiral Adeniyi Osinowo, maritime cooperation among African countries, particularly in the Gulf of Guinea, is key to their maritime security, safety and development.