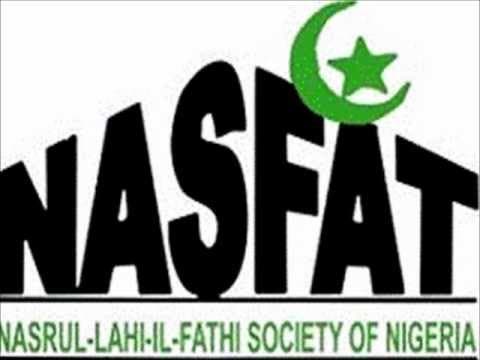 The leadership of the Muslim prayer group, Nasrul-lahi-li Fathi Society of Nigeria (NASFAT), has appealed to the Federal Government to strengthen security for better a nation.

Speaking in Lagos Thursday during their Eild lu fitr prayer to mark the Ramadan feast, the NASFAT Chief Missioner, Abdul-Azeez Onike, said the numerous cases of insecurity and violence against the girl-child and women were hindering development.

According to Onike, who decried the unwarranted killings of citizens, which began in the North and has gradually spread to other parts of the country, without security, every facet of the society would be in turmoil, and development would be hampered.

He urged the Federal Government to halt the terrible situation before it engulfs everybody, stating that insurgency, banditry and other violent crimes are whirlwinds that blow no one any good.

According to NASFAT, government, with a monopoly of the use of arms, should adequately equip and fund the nation’s security operatives to meet contemporary security challenges. It should also ensure intelligence gathering to forestall and curtail latent security challenges before.

“Our nation is experiencing security crisis. It is the duty of the state actors to quell such by ensuring that its security network is optimally functional to meet contemporary demand,” he said.

“As leaders, the state owes an obligation to ensure the security of lives and property in the country and mobilise the citizens to have confidence in the state. The state should win the heart of the people by saying and doing things that meet peoples’ aspirations while dissuading them from distrust and despair.”

He further urged the Federal Government to urgently activate the National Orientation Agency (NOA) to mobilise the people toward positive attitude to things of national interest than sectional issues, adding that such situation makes it difficult for citizens to give information that could assist in curbing crimes.

Similarly, the NASFAT Women Affairs Secretary, Sowebat Bola-Kupolati, regretted the rate of rape in the society, which she described as alarming, adding that it could lead to rape victims living the rest of their lives with a demoralising trauma capable of making them dysfunctional in the society.

According to her, in spite of the numerous advocacies against rape, the menace has remained unabated. Therefore, she urged victims to speak out and seek redress in the appropriate quarters

.Also, a member of the Council of Elders, Nofisat Arogundade, said that wife battering was becoming very alarming. She called on women to approach leaders of NASFAT for counseling before domestic issues go out of hand and lead to battering.