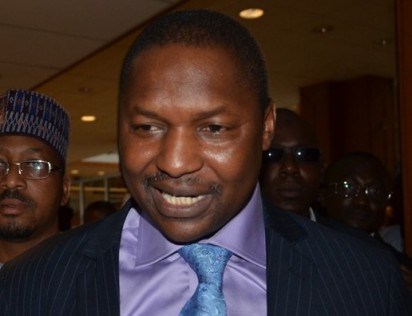 The Federal Government of Nigeria has again blamed politicians for incessant killings across the country frequently blamed on Fulani herdsmen. The Attorney-General of the Federation and Minister of Justice, Abubakar Malami (SAN), gave this indication yesterday at a high-level dialogue organised by his ministry. The dialogue which held in Abuja had in attendance the attorney-generals of the 36 states of the federation to dialogue on law and security in Nigeria. Recall that in the wake of Plateau killings that claimed over 100 lives, President Muhammadu Buhari had on June 25 blamed politicians for fuelling the attacks for political gain. In an address at the event, Malami said,  “The subject-matter of our gathering today has become, to use the legislative parlance, a matter of urgent national importance which requires our highest sense of patriotism and diligence to address. “Given the gravity of the task at hand, your participation in this forum is really not negotiable. In our respective positions at the federal and state levels, we stand in the vanguard of ensuring due compliance with the constitutional prescription that our country shall be governed on the basis of law, order and good governance. “As we are all aware, these horrendous incidents in Plateau State were not isolated events but followed a pattern in some other states, notably Benue, Taraba, Zamfara and Adamawa; which has become a deep source of concern to federal and state authorities… “From an informed assessment of the situation, permit me to first situate the apparent upsurge in these incidents to the advent of another political season of elections and the fierce contestation for power, which appears to now overshadow all pretensions to patriotism and respect for human lives, in certain quarters. “As we approach another general election in 2019, it is easy to see the hands of corrupt politicians with contrary positions in our present security problems as they desperately attempt to discredit all the gains made by this administration, for pure political gain. We must resist these negative tendencies. “The greater danger to our collective survival remains the fact that we are not fully out of the grip of this corrupt, privileged class, despite the best intentions and efforts of the Buhari administration. On the contrary, we are now confronted with a situation where they are using the humongous loot still in their possession, either directly, or though proxies, to continuously launch attacks designed to subvert critical national and state institutions and processes including undermining the security agencies themselves; compromising the executive instruments of investigation; infiltrating the judiciary whose independence to determine cases judiciously and expeditiously they have attempted to undermine; and ultimately attempting to foist a system of corruption on the country. “The Federal Government and its agencies, are, of course, aware of these plots and negative actions through which the perpetrators expect to distract attention from their corrupt activities and consequently, stall the on-going anti-corruption war of the present administration.”
Post Views: 783