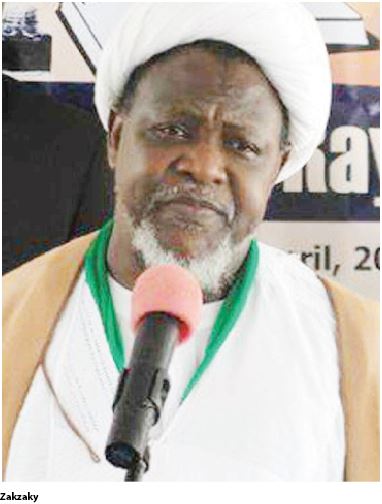 Godwin Isenyo, Kaduna There was confusion in some parts of Kaduna on Wednesday as the Police and other security operatives barricaded all roads leading to Ahmadu Bello Way in the state capital. This followed the arraignment of the leader of the Islamic Movement in Nigeria(Shi’ite), Sheikh Ibrahim el-Zakzaky and wife, Zeena, in a Kaduna High Court on Wednesday. The development forced residents who had business to transact at the city centre to retreat home for fear of attack. There were social media messages which circulated on Tuesday of a possible attack by the Shi’ites over the arraignment of their leader. However, the Police in a terse statement warned residents to be on the alert and reminded them that the ban on procession and demonstration was still in force. But the Shi’ites denied any planned attack on the people of the state, noting that it was a plot by the Nigeria Police Force to smear its image. Not taking chances, the Police and other security operatives barricaded the major road connecting the town from the Southern and Northern axis, eliciting fear among residents. Stern-looking combat and regular policemen, operatives of the Nigerian Civil Defence Corps and other complimentary agencies took positions at strategic locations along the Ahmadu Bello Way. Ahmadu Bello Way is the commercial hub of  Kaduna State.
Post Views: 1,358