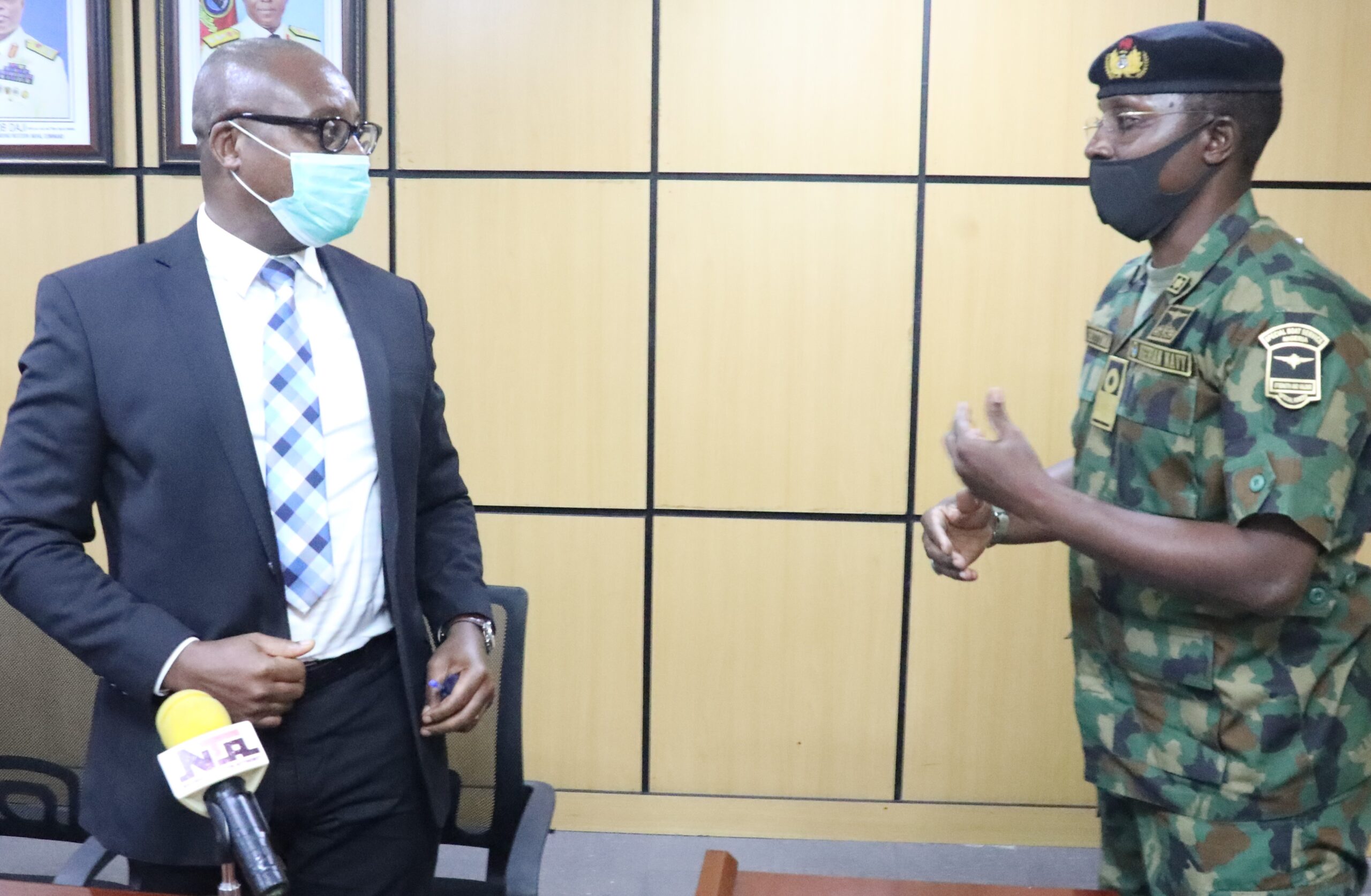 Nigeria will begin the prosecution of criminals in international waters under the Suppression of Piracy and Other Maritime Offences (SPOMO) Act with the 10 suspected pirates who allegedly attacked and boarded the Chinese vessel, MV HAILUFANG II.

The suspected bandits were said to have attacked the vessel on May 15, 2020, off the coast of Cote d’Ivoire and directed it towards Nigerian waters, where they were arrested by the Nigerian Navy, which dispatched a ship to intercept them following an alert.

Speaking in Lagos during the navy’s handover of the suspects for prosecution, the Director-General of the Nigerian Maritime Administration and Safety Agency (NIMASA), Dr. Bashir Jamoh, said their arrest and rescue of the ship and its crew were made possible by the collaboration between NIMASA and the Nigerian Navy.

Jamoh, who was represented by the Head of Legal Services, Mr. Victor Egejuru, assured that agency would continue to work with relevant security agencies to eradicate piracy and all forms of criminalities on the Nigerian waters, a statement by the NIMASA Head of Corporate Communications, Philip Kyanet, noted.

“I also want to seize the opportunity to thank Mr. President for signing the anti-piracy law, which would facilitate sufficient prosecution of these pirates.”

According to him, the anti-piracy law provides an ample legal framework to prosecute pirates and other perpetrators of maritime offences in the country, to bring the menace to the barest minimum.

“On interception of the vessel about 140nm south of Lagos Fairway Buoy, the pirates had refused to comply with the orders of the Navy ship, hence the Nigerian Navy had to conduct an opposed boarding of the vessel. All ship crew were safely rescued, while the 10 pirates were also arrested,” he explained.

Shettima called for increased regional cooperation and information sharing, noting that the pirates were arrested following a tip-off by the Beninoise Navy, even as he assured that the navy has the capability to deal with threats of maritime criminalities.