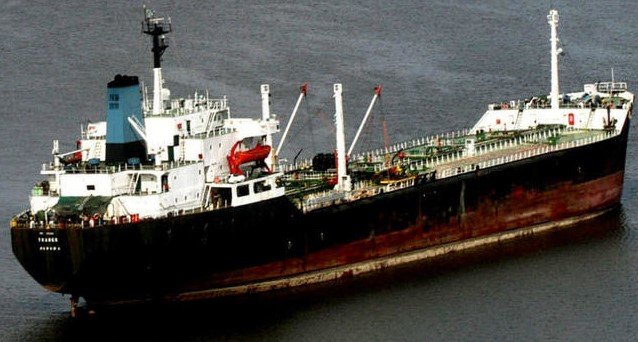 Five months after launching its satellite surveillance centre to check piracy and other criminalities on the Nigerian maritime domain, the Nigerian Maritime Administration and Safety Agency (NIMASA) was again caught off guard as pirates neatly kidnapped 19 persons from Nave Constellation off the coast of Bonny.

The Greece-owned crude oil tanker was attacked Tuesday about 142 kilometres (77 nautical miles) off Bonny Island. Nineteen crew, comprising 18 Indians and one Turk, were kidnapped in the attack, according to a joint statement from its operators, Greece-based Navios and Hong Kong-based Anglo-Eastern Tanker Management.

Seven crew members were left on board the vessel said to be carrying crude for Indian refiner, Hindustan Petroleum Corp, having been chartered by Total to deliver Bonny Light oil to Vizag in southern India.

It was equally for secure waters that the agency recently hosted a Global Maritime Security Conference (GMSC) – for global collaboration among maritime nations against the insecurity in the Gulf of Guinea and the entire West and Central Africa.

The recently launched Command, Control, Computer Communication and Information (C41), also known as the Deep Blue Project, was expected to spot and query all unidentified vessels in the nation’s territorial waters and intercept them with the closest fast intervention facility.

Bereft of the other components, including the fast-moving intervention vessels and helicopters, however, the security project has only remained a dream, with several attacks already recorded since then, even during the GMSC.

Speaking on the latest attack, NIMASA Director-General, Dr. Dakuku Peterside, disclosed that the “owners had operated for 10 days within our territorial waters without contact with the harbour masters,” adding that the agency would fast-track the maritime security architecture, even as it collaborates with relevant partners on the safety of the crew onboard.

Peterside noted in Abuja that the tanker vessel was attacked off the coast of Bonny, with 19 persons reportedly taken hostage while nine crew members were left aboard, according to a statement by the NIMASA Head of Corporate Communications, Isichei Osamgbi.

“The operators of the vessel made contact with NIMASA and the Nigerian Navy and we immediately went to work,” he declared. “The owners had operated for 10 days within our territorial waters yet didn’t establish contact with the harbour masters.

“It also didn’t establish contact with the authorities in Nigeria. However, that isn’t an issue because life is more precious than any other consideration.

“We have also immediately contacted the naval unit around that area and they have gone to work. The navy has established contact with the remaining crew members onboard the vessel, and the nine are safe and the vessel is safe.”

Peterside regretted that the incident occurred at a time efforts were being made to make Nigerian waterways safe, adding: “I think this would ultimately serve as catalyst for us to fast-track what we are doing to safeguard our waterways so that commerce can thrive again and people can do economic activities without fear or hindrance.”

He sympathised with the victims and their families for the ordeal and urged every concerned citizen and stakeholder to work with NIMASA and relevant security agencies to end the menace.