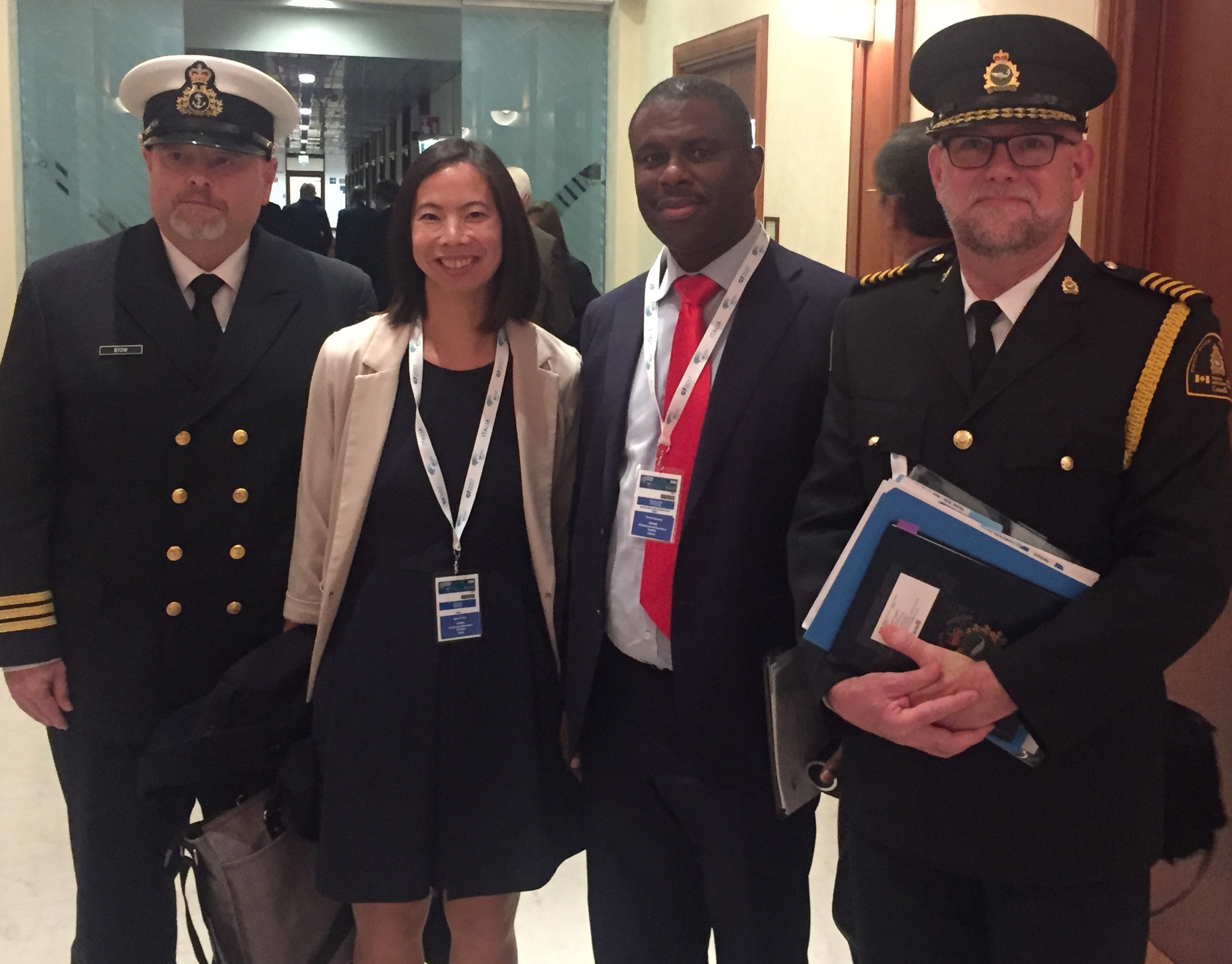 Dr. Dakuku Peterside (second right), with some delegates during the G7 high level meeting on maritime security in Rome, Italy To effectively address the maritime security issues in the Gulf of Guinea, the Director General of Nigerian Maritime Administration and Safety Agency (NIMASA), Dr. Dakuku Peterside, has stressed the critical need for capacity building initiatives and sectorial reforms. Delivering a paper at a G7 meeting on maritime security in Rome, Italy, Peterside noted that in spite of the security challenges being faced in the region, stakeholders and other government agencies have made so much effort to check the menace, the Head of Corporate Communications, Mr. Isichei Osamgbi, said in a statement. According to the NIMASA chief, who is also the Chairman of the Association of African Maritime Administration (AAMA), piracy in the Gulf of Guinea has reduced tremendously, as statistics show that attacks on oil and gas installations (onshore and offshore) reduced from 36 in the first half of 2016 to nil in the corresponding period of 2017. He further stated that the maritime security architecture in the region has political, strategic, regional, multi-national and national components, aimed at enhancing security in the region, with the operational headquarters located in Abuja Nigeria, Libreville in Gabon, Luanda in Angola, Pointe Noire in Congo and Yaoundé in Cameroun. Peterside urged leaders of Gulf of Guinea nations to effectively communicate developments in the region to international partners, and to begin putting in place measures that translate measurable and visible results. He listed NIMASA’s security and safety efforts to include the anti-piracy bill to enhance the legal framework against piracy, the establishment of a NIMASA-Navy Maritime Guard Command Unit to enhance implementation of UNCLOS Law provisions, and human and infrastructure building capacity programmes, among others. Also, “as part of our determination to stamp out piracy and all forms of criminal activities, NIMASA is pushing for early passage of an anti-piracy law; the draft bill is before the Federal Executive Council, ready to be sent to the National Assembly,” he said. He informed that the Nigerian Government recently approved heavy investment in maritime security, including in such areas as command and control centre, acquisition of special mission aircraft, special mission patrol vessels, special mission helicopters, and specially trained naval personnel, among others.
Post Views: 952