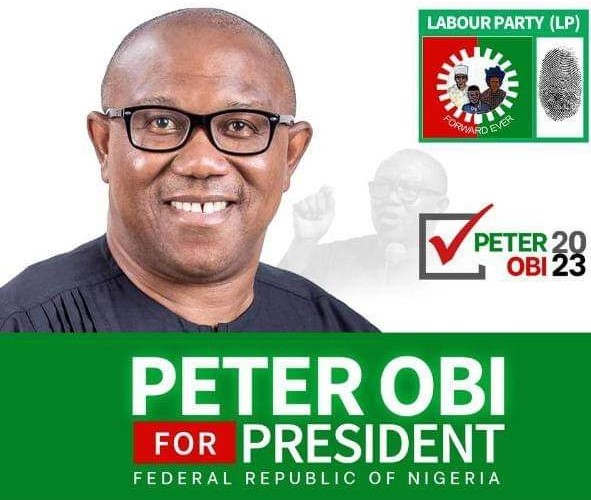 Presidential candidate of the Labour Party (LP), Mr. Peter Obi, has challenged the Nigerian youth to think critically about the country they want to live in, the Nigeria of their dream, and seize the moment to shape their future.

Speaking earlier on Friday at an international youth conference in Enugu on the theme, “Seizing the Moment to Shape the Future,” Obi said his message remained that the youth should take back their country because it is their future that is being toyed with.

In a statement from the Obi-Datti Media Committee, Obi noted that though the stake is high, the time has come for truth and justice to prevail.

“We are not unmindful of the odds stacked high against those who wish to take on the system. Indeed, the attacks coming at us from all angles prove that we are up against well entrenched interests,” he stressed.

Nevertheless, “we are encouraged, especially by the passion and commitment which our young people are bringing to our ranks, and by their determination to take back their country and build for themselves the kind of nation they desire.

“The evils that have plagued our country cannot, and will not continue forever. Those who are plundering our treasuries will not be able to do so for much longer.”

Quoting the great American social crusader, Martin Luther Jr, Obi said “the arc of the moral universe is long, but it bends towards justice.” The time for justice has come. Let all those who love truth and justice arise and build their nation.

“It all depends on You! Are you tired of being tired of this country? Then, it’s time to act. Let’s make the Office of the Enlightened Citizens the highest office in the land. It’s time to take back your country!”

According to him, everything boils down to leadership because all nations that have made a difference have good leadership to drive their dreams.

“The current state of Africa is in direct proportion to the character of leadership we have had post-independence. Most of the independence leaders were freedom fighters, and failure in leadership led to seemingly endless decades of lost opportunities.

“The fate of Africa depends on Nigeria, and the fate of Nigeria depends on good leaders. Good leaders can only come out of a system of strong and capable followers holding to account those they elect to govern them.”

Obi lamented that though the giant of Africa, Nigeria is on its knees, “bogged down by numerous problems. Each time we attempt to stand up, it seems something is holding us down.

“Meanwhile, we are all aware of the problems and the issues confronting us. Bad leaders. Insecurity. Corruption. Mismanagement of the economy. Incompetent people holding positions at different levels of government. Abject poverty in the midst of plenty. Ethno-religious crises.

“It is time to stop that nonsensical cycle. We have to press the reset button. We must restart Nigeria and begin to build the country of our dreams.

“We stand now at an opportune time to press that reset button. We must do so by rejecting those who have failed us so woefully in the past. We will choose a New Nigeria.”

He stressed that Nigeria’s rebirth trajectory is clear, and is anchored on, and driven by the Nigerian youth seizing the moment to shape their future.