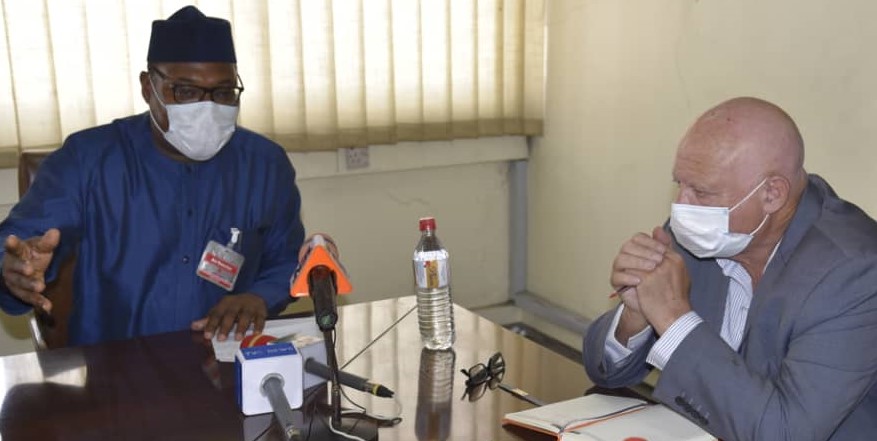 The terminal operator’s renewed call for the speedy rehabilitation of the access roads followed its poor rating by the port economic regulator, the Nigerian Shippers’ Council (NSC), which said that it takes a cargo about four months to exit the terminal via barges.

Speaking in Lagos on Tuesday during the NSC management’s courtesy visit to the terminal, the Executive Secretary, Mr. Hassan Bello, charged P&CHS to work on issues that bother on efficiency, among others.

According to Bello, “government is trying as much as possible to fix the roads, which is about 75 per cent completed. We know the roads are bad, but we will not take that as an excuse for Nigerians to be exploited.

“We know that P&CHS has outlets where containers are stemmed to avoid port congestion. However, we expect this to be done at zero cost to the shippers.

“We have heard instances where P&CHS bills shippers for stemming cargoes to bonded terminals. This is unacceptable. It is against the international contract of carriage and affreightment.

“Another issue we have with P&CHS is the delay associated with transfer and loading of barges despite that these barges belong to P&CHS. At times delays span about four months before barges are loaded and transferred. We won’t accept this anymore. The port is a transit point, not a warehouse.

“In the area of automation, P&CHS has not been found to be appealing. In fact, the terminal scored 25 per cent when other terminals were scoring 60 to 75 per cent. By first quarter of 2021, we need all the ports to be fully automated.”

Responding to the complaints, however, the Managing Director of P&CHS, Mr. John Jenkins, blamed the deplorable port access roads for the slow cargo evacuation from the terminal.

“The problem at the ports is the road,” Jenkins said. “If the port access roads problem is solved, all the problems inside the ports will be solved. There are no transfers of containers by road anymore because of the state of the roads.

“Yes, we can do more, but not that we are not doing enough. I don’t think we are under-performing, but I agree we can do better. In the area of automation, very soon we will be bringing in IT experts to help look into this.”