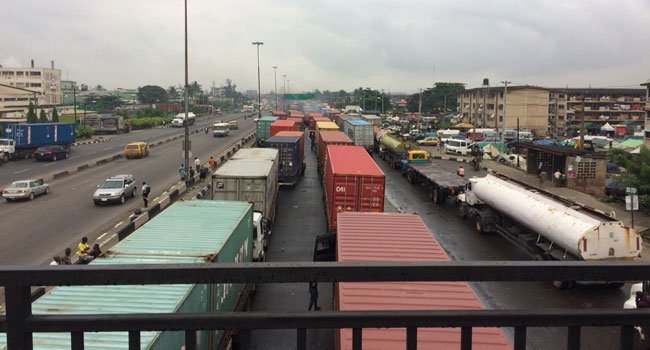 The Vice President, Professor Yemi Osinbajo, Friday visited Apapa, Lagos State, to inspect the gridlock caused by trucks heading to the nation’s premier port. He arrived in the company of the state Commissioner of Police, the Minister of Transport among others and gave the assurance that the Government will find a lasting solution to the problem. The visit comes days after residents plying the route have had to encounter continued traffic as some trucks and tankers took over major lanes of the highway. “The vehicles formed long queues that extended from Mile 2 down to Toyota Bus Stop,” a resident of Festac Town who uses the road daily told Channels Television on Wednesday. Meanwhile, the Lagos State Government had also sympathised with the residents and commuters It also urged the Federal Ministry of Works, Power and Housing to consider shifting the proposed closure dates for the Third Mainland Bridge to a later date to avoid compounding the traffic situation.
Post Views: 774