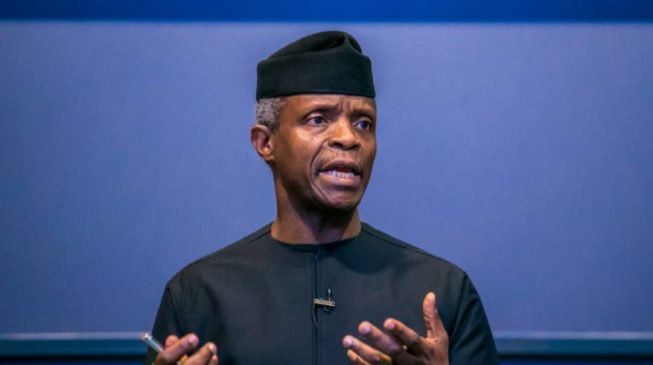 AS part of the ongoing dialogue and consultations between the ruling All Progressives Congress (APC) and members of the New Peoples Democratic Party (nPDP), the group, led by Alhaji Abubakar Kawu Baraje (CON), will be meeting with the Vice President, Professor Yemi Osinbajo, on Monday to further chat a way forward. The Nigerian Tribune gathered that leaders of the nPDP would first meet with the Senate President, Dr Bukola Saraki, before the scheduled meeting with the vice president. It was gathered that the meeting would later be taken to the office of the President Muhammadu BUHARI where the grievances of the aggrieved members of the group known as nPDP are expected to be discussed, analyzed and resolved. The group had earlier met with the leadership of the APC where the chairman of the party, Chief John Odigie-Oyegun, represented by the Deputy National Chairman (North) of the party, Senator Lawal Zuiabu, as Oyegun was away on a medical trip abroad. Another meeting also took place recently which involved larger members of the APC and top chieftains of the ruling party including serving and former governors, National Assembly members where they considered three options that might be taken and a committee to fine-tune their positions was constituted. Speaking with journalists in Ilorin on Sunday, Alhaji Baraje confirmed the planned meeting with the Vice President and the President scheduled to hold today, Monday and commended members of the group and concerned Nigerians who shared same view and concern about their plight in the party and the nation at large more so as it has to do with their roles and sacrifices in the emergence of the ruling party in the country. Alhaji Baraje expressed hope and optimism that at the end of Monday’s meeting and consultations with the Vice President and the President, all the aggrieved members of the group, the leadership of the party and the nation at large will come out stronger and more united in the general interest of the citizenry. According to him, the next line of action of the group may depend on the outcome of the meeting which will either to remain in the APC or take other decisions.
Post Views: 778