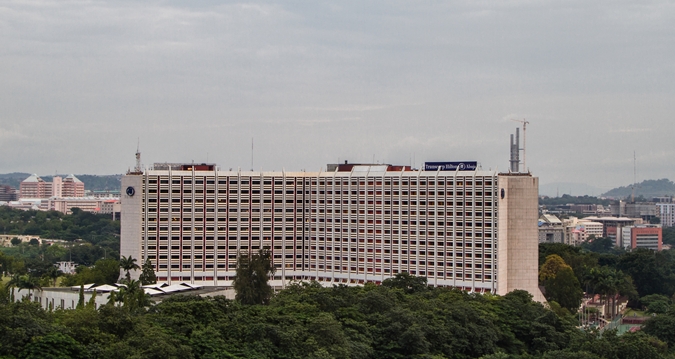 Ahead of the annual musical concert of the Abuja Metropolitan Music Society (AMEMUSO) holding this Sunday at the Congress Hall of Transcorp Hilton Hotel, Abuja, the hotel has expressed satisfaction providing the choristers the necessary conducive environment to hone their talents. The brainchild of the wife of the former German Ambassador to Nigeria, Maria Cecilia Toledo, the AMEMUSO Choir debuted in 2008 and since then, she has remained so committed to the choir that she returns annually from her country of residence to ensure continuity of the project. On its own, too, the Abuja Transcorp Hilton Hotel has since inception provided home for the performance that has been attended by both Nigerians and members of the diplomatic community. The Hitons’ Public Relations Manager, Mr. Shola Adeyemo, noted that it would have been challenging for the music group to package such a high-standard performance annually without a conducive environment for rehearsal. According to him, “the performance that people come to watch for about two hours would not have been possible if we don’t provide a conducive atmosphere for rehearsal. “They have rehearsed at the Hiltons three times a week at no cost to the organisers for the past 10 years. Recently, the opportunity to rehearse was increased to four times a week because of the children arm of AMEMUSO. The hotel has also provided meeting facilities and refreshment. “For us, that was the basic reason the group has sustained its standard. The concert is a product of constant rehearsals, and without an enabling environment to rehearse, the quality of the performance would have been affected. We are happy that we have been able to put value to what they do.” Adeyemo further disclosed that Hiltons was motivated by the group’s commitment to growing local talents, adding: “We have a lot of latent talents in our churches and in the streets who do not have a platform to express their musical talents. “So, we saw AMEMUSO as a platform where local talents can be groomed to world class. That, for us, is very important. Our Corporate Social Responsibility hinges on four pillars, one of which is promotion of arts and culture.” More so, “the concert is an instrument for cultural diplomacy and a new instrument for international understanding. Almost every country is represented at the concert, and to that extent, we have achieved the objective of fostering international understanding and peace through music.” According to him, the support to the musical group grows yearly, and not even Nigeria’s harsh economic reality can affect that understanding that continuity is instrumental to realising AMEMUSO’s long-term objective.
Post Views: 1,333