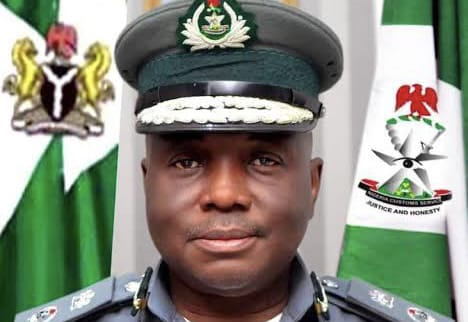 Reviewing the half-year performance, the Area Controller, Compt. Auwal Mohammed, said the revenue collection showed a monthly upward progression, which resulted in the cumulative differences in the three-year period under review, according to a statement from the Command Public Relations Officer, Ifeoma Onuigbo Ojekwu.

In the area of anti-smuggling campaign, the command made 28 seizures consisting of nine containers with Duty Paid Value (DPV) of N531.39 million in the 2022 half year. The seizures, exceeded by eight the 20 made between January and June 2021.

Meanwhile, Compt. Mohammed has notified port users that a Domestic Export Warehouse (DEW) approved by the Federal Government is available at Onne.

According to him, the DEW provides further opportunities for exporters to process and package their exports, while enjoying a seamless export cargo warehouse in Onne directly to vessels.

He assured that due diligence by regulatory and government agencies, including Customs examination, shall be conducted in the DEW facility.

Mohammed described the facility as a one-stop-shop to promote and encourage export trade, which the command has aligned with ahead of its full take-off, adding: “This revenue, seizures and export figures coming at the end of first half of the year attest to a good outcome from our efforts.

“While thanking my officers and men for sticking with the vision and implementing the service’s mandate without compromise, I want to thank our compliant traders.

“Like I have always said in our parades with officers and meetings with stakeholders, there are numerous advantages attached to being compliant.

“It saves time, raises profit of traders by helping to prevent payment of demand notices and penalty payments by persons trying to cut corners, and raises the integrity level of the port user in our profiling system for fast track plus other benefits.

“Compliant traders are our partners in progress. Indeed, we as a service in this command will continue to lawfully support them.

“It is also expedient to appreciate other agencies of government for their cooperation, intelligence sharing and camaraderie in implementing government policies to enhance national security and economic interests.

“I want to urge all our officers to brace up to performance in the second half of this year and together, let us achieve outstanding results in all our functions. My optimism is high because even deployment of scanners for use will improve on our efficiency.”