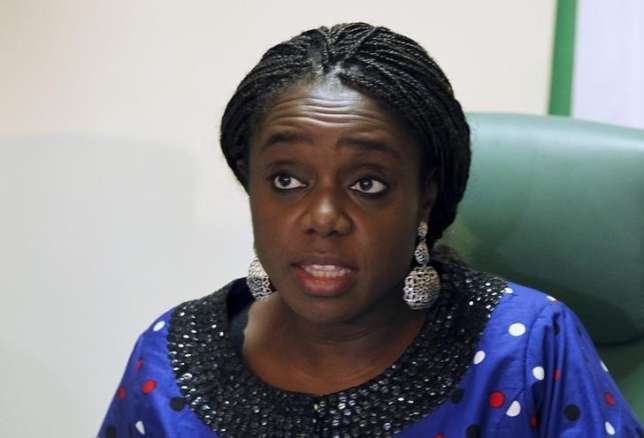 This was made known to newsmen on Monday, July 9, 2018, by NYSC’s Director of Press and Public Relations, Adeyemi Adenike.

The National Youth Service Corps (NYSC) has confirmed that the finance minister, Kemi Adeosun applied for an exemption certificate.

This was made known to newsmen on Monday, July 9, 2018, by NYSC’s Director of Press and Public Relations, Adeyemi Adenike, The Nation reports.

According to a Premium Times report, Adeosun failed to participate in the mandatory NYSC scheme after completing her university education in London.

The report also said that Adeosun’s certificate of exemption, dated September 9, 2009, was signed by Yusuf Bomoi,  a former Director-General of the corp, who had stepped down from the NYSC eight months earlier in January.

The NYSC also said it would look into the allegation against the finance minister.

The NYSC statement read: “Our attention has been drawn to the issue of the alleged forgery of an NYSC Exemption Certificate by the Honorable Minister of Finance, Mrs. Kemi Adeosun.

“Checking our records, Mrs. Adeosun did apply for an Exemption Certificate.

“We shall investigate the origin of the purported Exemption Certificate in question.”

While speaking on Channels Television’s breakfast show, Sunrise Daily, the spokesman of the Nigerian Police Force, Jimoh Moshood said that the police will not investigate the allegations against the minister unless someone files a complaint.

According to Moshood, “There is no provision for private investigation in the country. If you have any complain, go to the nearest Police station or get your evidence across to the Police.”

“There is nobody that has made complain in any Police station or Command headquarters all over the country about such. I won’t talk about what I do not know,” the police spokesman added.

Meanwhile,the Centre for Anti-Corruption and Open Leadership, (CACOL), has called on the minister of finance to respond to the report or resign.

Adeniran also asked President Buhari to act fast and send a message that his government will not allow such acts.