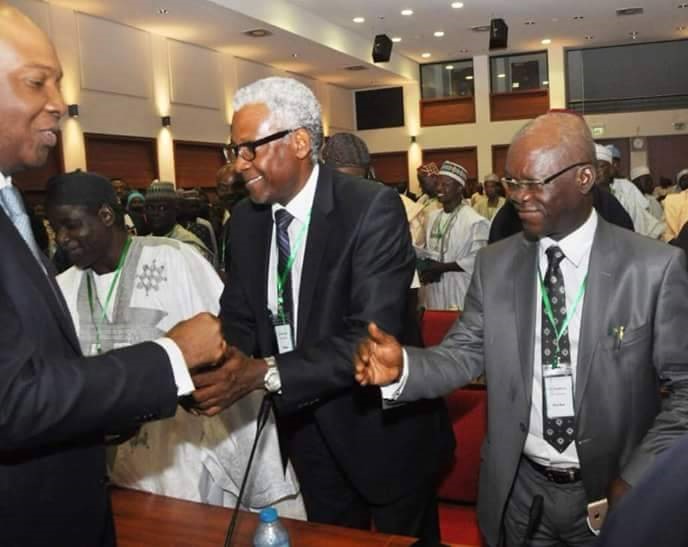 By Chidiebele Chiedu, Abuja The newly appointed Commissioner for Public Complaint Commission, Prince Samben Nwosu, has promised to be firm and fair to all in the discharge of his duties. Speaking at the take-over ceremony, Nwosu pledged not to deviate, but bring to bear, the charge by the National Assembly to be fair to all. He described his office as an impartial and non-partisan institution, which derives its functions directly from the Nigerian Constitution. According to him, his appointment was a new dawn in the collective quest by the Anambra State Government to ensure the advancement of justice, equity and fair play under the Ombudsman of the Public Complaints Commission (PCC). He said: “The PCC is a very important institution. It is an Ombudsman; an impartial and non-partisan institution that derives its functions directly from the Nigerian Constitution – functions exercisable in preventing acts of injustice and oppression against Nigerian citizens and guaranteeing that administrative actions of government and other employers of labour are fair, reasonable, humane and in accordance with extant laws. “As I take up this important assignment, I shall not deviate but bring fully to bear the charge by the National Assembly, as declared by the President of the Senate and the Speaker of the House of Representatives, to be firm, fair and just to all in carrying out the functions and responsibilities vested in the PCC as an Ombudsman.” He maintained that his task as a federal commissioner as vested by the constitution, is to perform the quasi-judicial function required of the office with all diligence, integrity and good conscience, and to serve with the highest standards of probity, without conflict of interest and partisanship. “This I will strictly adhere to throughout the period of my tenure and even subsequent service to our nation,” he assured. Nwosu further assured of an immediate review of all pending cases and petitions so as to roll out a robust template for accelerated intervention to effectively secure redress for appellants within the provisions of the laws. “In this regard, I charge all to get determined to raise the bar in our areas of service,” he said. “We must hit the ground running and work even harder than ever before. “We must explore new areas, set new targets and achieve new records. Our citizens beckon and we must totally exert ourselves in vigorously bringing the full weight of our experience and trainings to bear in this all-important assignment.” To match his words with action, Nwosu said his office would urgently reinvigorate its desks and inject new methods that would ensure that cases were handled with all diligence and dispatch, as well as extensively activate and streamline engagement procedures to effectively check administrative injustice, corruption and abuse of power by government agencies. “We must engage vigorously to give redress, reduce tension and assuage the aggrieved persons. One of our main targets is to ensure harmony and reduce administrative injustice to the barest minimum. “We must thus set up systems that strengthen our working synergy with critical stakeholders in the state, including the three arms of government – the executive, judiciary and legislature, as well as security agencies, labour unions, traditional institutions, security agencies, reformation institutions, including prisons and the mass media in this important assignment. “Furthermore, we must further strengthen and broaden our public enlightenment frontiers by employing more efficient and modern communication tools, trends and techniques to enable our citizens take full advantage of our commission to achieve redress in events of administrative injustice. “Our workforce must therefore be skilled, diligent, bold, courageous and result-oriented. We must be ready to go the extra mile to achieve our targets.” To that end, he charged all staff to be rededicated to service, see themselves as foot soldiers of justice, work harmoniously and avoid all forms of internal wrangling. “Let me assure you that under my watch, the welfare of our staff must be given adequate attention to ensure that they are effectively motivated and equipped for the task ahead,” he added. Nwosu also commended the sacrifices of all who contributed to the success of the PCC in the state, including his predecessor, Dr. Angela Mbah, as well as all critical stakeholders, particularly the state executive, legislature, judiciary, traditional institutions and law enforcement agencies, for their commitment towards the mandate of the commission. “I am assured that working collectively we will achieve and even surpass our set target and lift the PCC in Anambra to enviable height,” he said.
Post Views: 1,516