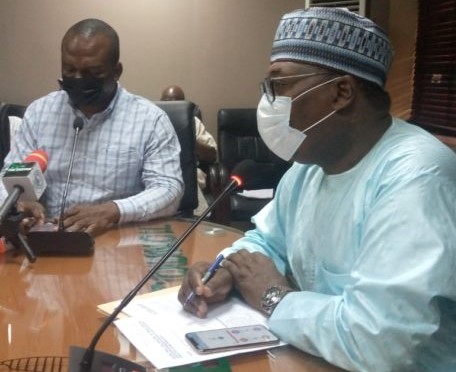 To ensure the optimisation of barge operations as part of the multimodal transport system in the nation’s maritime industry, the Nigerian Shippers’ Council (NSC) is set to promote professionalism in the industry through regulation.

Speaking in Lagos over the weekend during a meeting with the Barge Operators Association of Nigeria (BOAN), the NSC Executive Secretary, Mr. Hassan Bello, said it was time to regulate the trade against free entry and exit, while strengthening indigenous capacity with the Cabotage Act.

To that end, he urged the association and its members to register their trade with agency as the Port Economic regulator, stating that barge operation, as a specialised trade with technical and economic dimensions, should be structured and regulated for optimal performance.

Bello, who insisted that barge operation has come to stay as a unit of the multimodal transport system in the industry, noted that it is helpful to the economy in being used to bring and evacuate cargo from the port.

According to him, “we cannot afford not to operate the barge because it is part of the architecture of the port. I am happy the barge operators are here today so that we can discuss security, safety, insurance, tariff on goods, minimum standards and others.

“Barge operations cannot be all-comers’ affair and so the need for regulation. There is need to monitor entry and exit, to know when someone is not doing what is supposed to be done. If you allow anybody to just come and operate, there will be a big problem.

“It is important we introduce sanity and order, and this will include technical regulation because some barges are not technically sound, while the meeting will aid in bringing down the cost of doing business.”

Earlier, the BOAN President, Mr. Edeme Kelikume, had regretted the recent accident, which he blamed on double-stacking on container barges by unlicensed operators, adding that BOAN members were not involved.

According to him, the visit was to solicit the help of the Shippers’ Council in protecting and raising local capacity, as they compete with foreigners who have better expertise, equipment and funding.

He noted that while members struggle with the N50 million mandatory fee by Nigerian Ports Authority (NPA), foreigners have access to non-interest loans for more sophisticated facilities, and have some edge with the terminal operators, which stifle indigenous capacity.

BOAN is also seeking “singular regulatory agency and singular annual charge for smooth operations” rather than multiple taxation from different agencies, as well as the charges by terminal operators, which it said has huge variance from one terminal operator to another. The other areas of need include security, safety and insurance.