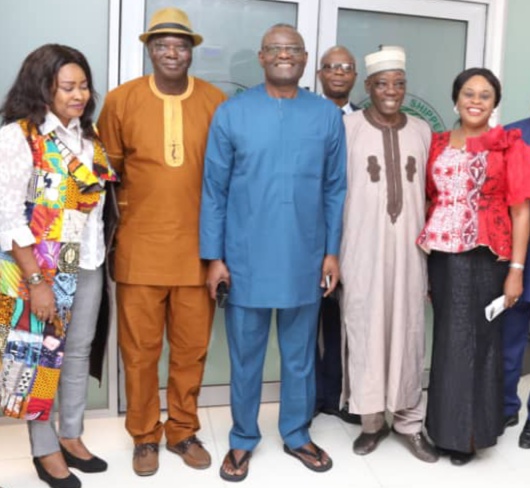 Jime, who spoke in Lagos during a courtesy visit to the NSC by members of ASF, led by their President, Mr. Toyin Onifade, noted that the agency was statutorily established to protect the interest of shippers, with the ASF essential to this fundamental responsibility.

“I have had thorough briefing about the activities of Airfreight Stakeholders’ Forum. I understand that the forum has, expectedly, played a key role in airfreight matters,” a statement from the NSC Head of Public Relations, Rakiya Dhikru-Yagboyaju, quoted Jime to say.

“As Port Economic Regulator, NSC wants business to be done seamlessly in both the seaports and airports in the country.”

He further stressed the need for proper packaging of exports for various international markets, while assuring the delegation of the NSC’s support for their operations.

The ASF President, Onifade, had earlier unveiled the association’s plans to launch a manual that will provide guidelines for stakeholders in airfreight businesses in the country. He

Insisting that the maritime sector can conveniently generate over 500,000 employment opportunities, he stated that airfreight works are cheaper than conveyance of goods by roads.

For shippers to be attuned to the benefits of airfreighting, he called on relevant government agencies to carry out enlightenment campaigns.