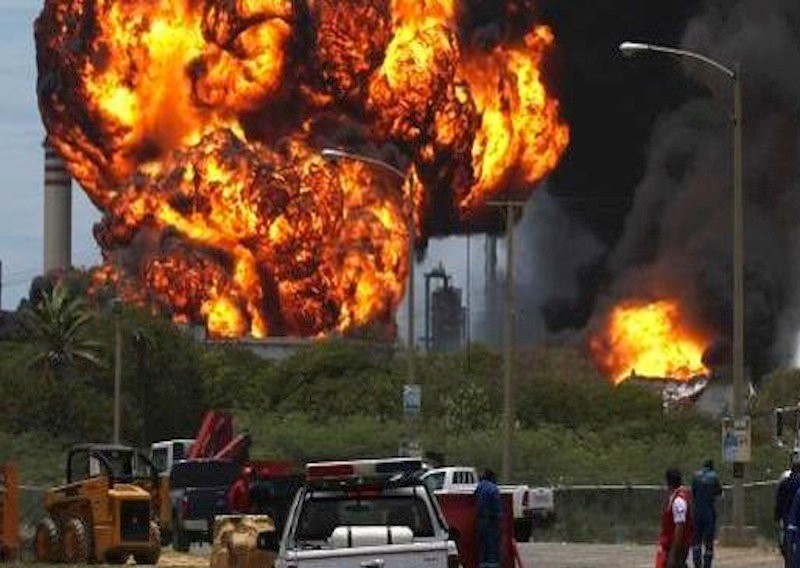 Following the gas pipeline fire that interrupted supplies from the Niger Delta to Lagos power-generating companies and cut off over 3,000mw Tuesday, the Group Managing Director of the Nigerian National Petroleum Corporation (NNPC), Dr. Maikanti Baru, has ordered an immediate assessment of the damage to the Escravos to Lagos Pipeline (ELP). The fire, which occurred on the NNPC ELP near Okada in Edo State, caused a shutdown of gas supply to the 1,320mw Egbin power plant (the nation’s biggest), and five others, thereby tripping the national transmission grid Tuesday, according the statement. The pipeline also supplies gas to power plants in the South West, in addition to feeding the West Africa Gas Pipeline System. The incineration of the ELP, which was built in 1989, was suspected to have been caused by a bush fire on January 2, 2018 at Abakila, in Ondo State. NNPC firemen were drafted to the scene and were able to contain the fire from the leak point of the pipeline incident, according to a statement from the Group General Manager, Group Public Affairs, Mr. Ndu Ughamadu, though “the fire could not be extinguished due to the high pressure of the line.” The statement noted that “to put off the fire, the line would require being isolated and depressurized, which might lead to a complete shutdown of the pipeline segment for repair works to be carried out. “The exercise will affect gas supply to customers in Ondo, Ogun and Lagos states with subsequent shutdown of the following power plants with a combined generating capacity of 1,143mw: Egbin (Lagos), Olorunshogo, PEL Olorunshogo, Paras Power Plant (Ogun) and Omotosho plant (Ondo State).” Much of the nation’s power is from thermal generation, while the gas produced by oil and gas companies is delivered to the power stations through pipelines owned and operated by the NNPC subsidiary, the Nigerian Gas Processing and Transportation Company (NGPTC). While South Africa, with a third of Nigeria’s population, has capacity for over 40,000mw of electricity production, Nigeria only in December announced a record generation of 7,000mw, 5,155mw of which was distributed, the ministry said. Meanwhile, state-run Transmission Company of Nigeria (TCN), which owns and operates the national grid, and the generating companies are said to be working to restore operations.
Post Views: 892