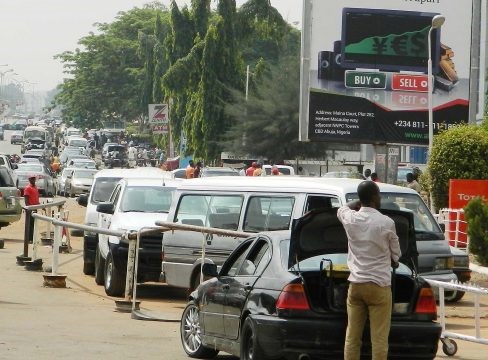 From the recommended ex-depot price of N133.38 per litre to N143 per litre, and with a daily average of 50 trucks contrary to the normal 500 and above, the Independent Petroleum Marketers Association of Nigeria (IPMAN) has accused the Nigerian National Petroleum Corporation of colluding with middlemen to sabotage stable product supply. Speaking in Lagos Wednesday, the Chairman of IPMAN (Lagos Zone), Mr. Balogun Alanamu, who also heads the Ejigbo Satellite branch, said that the NNPC is responsible for the fuel queues presently spreading across the country for not pumping petrol to the depots. According to him, the NNPC allocates only 20 trucks to marketers out of the 150 trucks being loaded daily. More so, all depots serving the South West, including Mosinmi, Ejigbo, Ibadan and Ilorin, load a daily average of 50 trucks as against over 500 trucks under optimal operations. “We really do not know why they are deliberately giving us inadequate supplies and supplying the private depot owners,” Alanamu said. “These people are selling to us above the recommended ex-depot price of N133.38 per litre. “NNPC officials are collaborating with the private depot owners to create artificial scarcity. They give the products to them; the private depot owners in turn sell to middlemen in bulk, who will later sell to independent marketers at N143 per litre.” Accusing the NNPC of hiding behind the marketers to defraud them, Alanamu noted: “They said they give the products to private depot owners at N117 per litre ex-depot price. We expect they will sell to us at N133.38 per litre but they are not, and NNPC is not doing anything about it. “We raised this issue at a seminar two weeks ago, where the NNPC Group Managing Director, Dr. Maikanti Baru, was represented. We implored him to investigate if we were lying; we also presented him with evidences, yet nothing happened.” In view of the foregoing, IPMAN Lagos is considering going ahead with its planned strike billed to commence on December 11, which members deem “sacrosanct,” notwithstanding NNPC’s invitation to a meeting in Abuja on December 14.
Post Views: 823