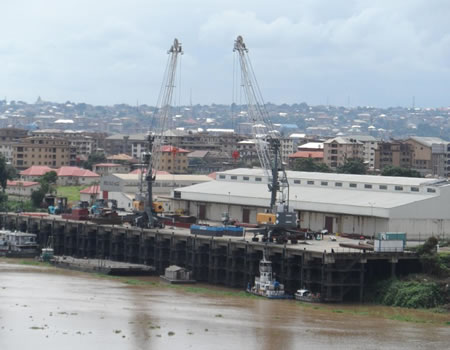 Inadequate manpower and operational tools, as well as insecurity have been listed as major constraints to effective operations at both Onitsha and Warri area offices of the National Inland Waterways Authority (NIWA), and the Onitsha River Port.

Amadi disclosed that the unit was making efforts to recover some of the agency’s properties illegally occupied or annexed by the sister-agency, according to a statement by the NIWA General Manager, Corporate Affairs, Mr. Tayo Fadile.

She further explained that her office was reaching out to the public for partnership to develop and industrialise the area’s floodable plains and right of way, and to utilise the island along the waterways for recreation, agriculture and cattle ranching to boost and diversify its revenue base.

Similarly, the Port Manger, Onitsha River Port Complex, Mr. Baba Spencer, told Mamora that since the inception of the facility, their mode of operations had been strictly port-related activities – use of port facilities given as slipway, use of the port waterfront and occasional berthing of crafts.

According to him, their major challenge is insecurity given the collapse of the perimeter fence by the port slipway and the lease to M & E dredging services as dumpsites, which he said were highly prone to security risk.

He called for the reinforcement of the perimeter fence, maintenance of the port equipment, rehabilitation of the dilapidated fire service station and allocation of operational vehicles, which the port does not have at the moment.

Meanwhile, Fiberesima, who also told Mamora that services at the Warri Area Office included berthing, loading and off-loading, warehouse and space renting, among others, disclosed that the dockyard services (slipway) was not operational but undergoing rehabilitation.

He listed their major challenges to include the lack of functional vehicles, boats for revenue drive and general patrol, as well as inadequate staff and training.

On his part, Mamora, who assured that NIWA would consider their requests based on merit and availability of funds to enable them meet their official obligations, urged them to put in their best to the growth and development of the agency. He noted that from what he had seen, they could do better.