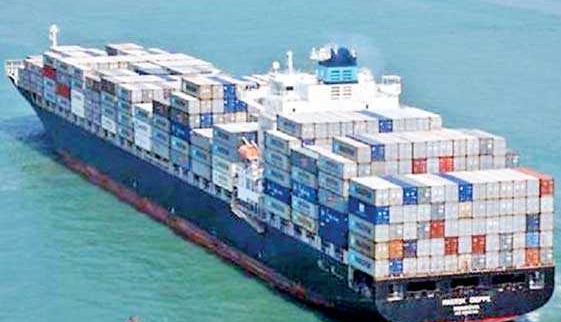 Indigenous vessel ownership and ship building has received a boost as the Nigerian Maritime Administration and Safety Agency (NIMASA) set a five-year period to finally end the nation’s cabotage waivers regime that has given advantage to foreign vessel ownership for over 16 years.

The move is to give full weight to the Coastal and Inland Shipping (Cabotage) Act 2003 (effect from 2004), which aims primarily to reserve commercial transportation of goods and services within Nigerian coastal and inland waters to vessels flying the Nigerian flag, owned and crewed by Nigerian citizens, and built in Nigeria.

Full termination of the regime, which will place citizens in control of cabotage trade, began in 2017 with the stoppage of manning waivers (save for captains and chief engineers), while the last two phases will end two five years respectively, the NIMASA Director-General, Dr. Dakuku Peterside, said Wednesday in Lagos.

Peterside, who was addressing a stakeholders consultative meeting for the cessation of the waivers, noted that for long, indigenous operators had been concerned that cabotage waivers had seemed a norm rather than exception, but that NIMASA was determined to end the regime and allow cabotage to flourish for citizens to reap the benefits of coastal trade.

Therefore, the agency has “taken a number of preliminary steps to give Nigerian operators a strong footing in the cabotage regime. Sometime in 2017, we published marine notice of the new cabotage compliance strategy, in which we informed operators that we shall no longer entertain any form of application for manning waivers save for captains and chief engineers.

“At the time, it was for six months. It was a trial run and we noticed that in six months we doubled the number of Nigerians on board vessels by simply publishing and enforcing the new cabotage compliance strategy. Also, in 2018 we decided to extend it.

“It is the desire of every operator that we end the waivers in cabotage trade, and a lot of people are concerned that we have not been able to build vessels in this country. A number of Nigerians are on board vessels. In the area of manning, there is an improvement, also in terms of flagging.”

Nevertheless, he disclosed that strategic steps we being taken towards ship building, with much expectation hinged on Ajaokuta steel mill and aluminum smelter company in Iko-Abasi, Akwa Ibom State coming on stream.

Meanwhile, he tasked the Central Bank of Nigeria (CBN), the Nigeria Customs Service (NCS) and the Ministry of Finance to aid the local players with a number of incentives, including single-digit interest facility and attractive tax waivers or cut respectively to enable them compete favourably with foreign counterparts.

Following NIMASA’s ongoing engagements with the Office of the Vice President, and partnership with the Nigerian Content Development Monitoring Board (NCDMB), Peterside said it is hoped that in the next five years, certain category of vessels should be built in-country to end importation of all needed vessels and reduce unemployment.