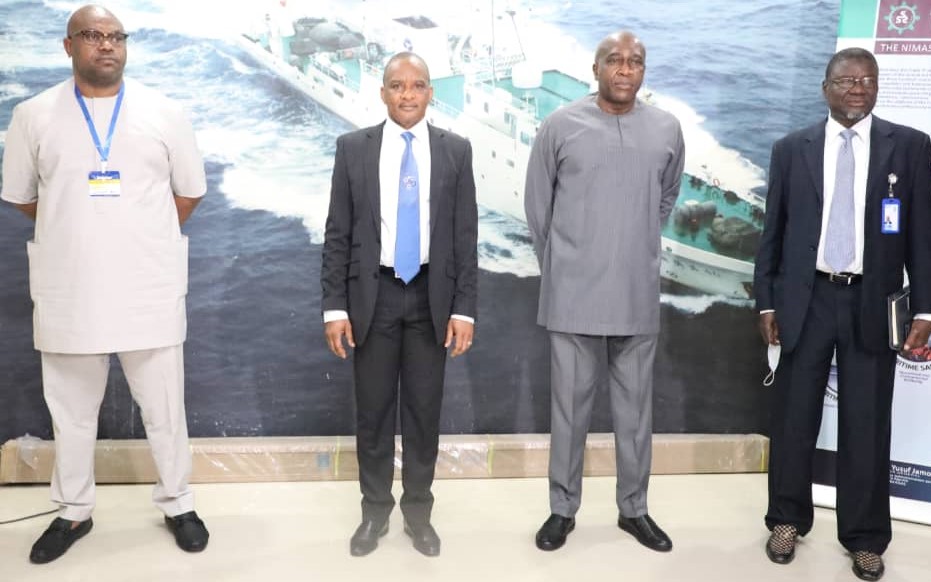 Ahead of its deployment for business, the Nigerian Maritime Administration and Safety Agency (NIMASA) said that it expects to earn a minimum monthly revenue of N1billion from is multi-million dollar floating dock.

To realise this, the NIMASA Director-General, Dr. Bashir Jamoh, disclosed that the agency has a Memorandum of Understanding with the International Oil Companies (IOCs) working with the Nigerian National Petroleum Corporation (NNPC) to dry-dock their ships at the NIMASA dockyard when it begins operations.

Also, no fewer than 350 Nigerians would be employed in the facility, even as discussions were ongoing among NIMASA, the Nigerian Ports Authority (NPA) and a managing partner for the facility to be moved from its temporary base at the Naval Shipyard to the NPA’s Continental Shipyard to begin operations.

Jamoh, who was addressing newsmen in Lagos as he marked his 100 days in office, disclosed that there was an existing joint venture partnership between NPA and another company managing its dockyard.

However, “because of our own floating dock, the NPA decided to move its dockyard to somewhere in Snake Island, and is also winding up its joint venture agreement with the company as we speak.”

Jamoh assured that the floating dockyard would begin full operations soon, as NIMASA shops for a managing partner for the technical management of the dockyard.

According to him, a public-private (PPP) partnership is being fine-tuned with NPA as owner of the Continental Shipyard, NIMASA as owner of the floating dockyard, and an independent technical managing partner. Therefore, the agency would apply to the Infrastructure Concession Regulatory Commission (ICRC) for approval.

Meanwhile, with 14 out of the 17 expected special intervention vessels, and 14 out of 17 armoured vehicles already on ground, while two special mission aircraft are expected in August, among other equipment already in place, Jamoh said that the Deep Blue Project was already 85 per cent achieved.

According to him, “the major problem of maritime security is lack of platforms. That is why NIMASA is investing heavily in the acquisition of special intervention vessels, special mission aircraft and helicopters that are due to arrive in August and January 2021, while some are already in Nigeria.”

He explained that only the local content aspect of the project, which was delayed by the Covid-19 pandemic, was stalling the commencement of full operations of the security platform.