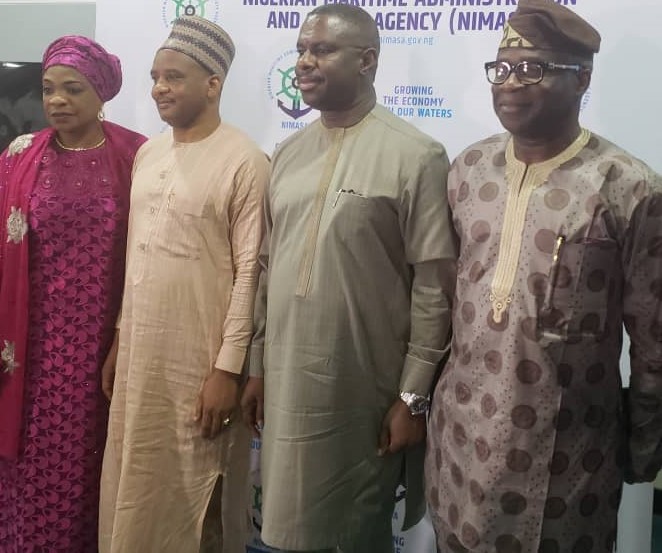 In a marked boost to business facilitation in the shipping sector, the Nigerian Maritime Administration and Safety Agency (NIMASA) said it has ended the era of long unreconciled accounts and toxic bills in its relationship with shipping companies and their agents with its introduction of the Final Billing system.

This has put to rest the issues of double billing and over/under billing with the creation of a platform for dispute resolution, which ensures appropriate closure of all vessel transactions within two weeks of its departure, and has led to improved customer satisfaction, the NIMASA Director-General, Dr. Dakuku Peterside, said.

Peterside, who addressed newsmen ahead the agency’s Corporate Dinner and Merit Awards for stakeholders coming up this Friday in Lagos, explained that “before now, shipping companies and their agents would have in their books unending NIMASA bill – either in its disputed form, over-invoicing, under-billing/over-billing. Often, these bills are not reconciled for a very long time.

“The first thing the final billing system has done is that it has helped reduce vessel dwell time at our ports. So, a vessel can leave once the agent signs an undertaking covering business transactions. (Vessels often get stuck in the port for days just because they have not been given a sailing clearance to move).

“Of course it will start paying demurrage and continue paying NPA (Nigerian Ports Authority) charges for berthing and charges to the terminal operators, among others. With the final billing system, your vessel can leave, and you have improved turnaround time.

“It also enables you close the books within two weeks; so the vessel is gone, but the agents and other staff of the shipping company sit back with our people to reconcile the accounts and the books are closed within two weeks. So, it reduces operating cost, and your own vessel’s financial records are a lot more transparent.”

In addition to eliminating all issues of under/over-billing, the system also “brings more money to the coffers,” Peterside disclosed, stating that until now, agents of shipping companies could owe NIMASA for up to 10 years, but since final billing now makes reconciliation mandatory under two weeks, “you have a final bill and the issue is closed out.

“Under two weeks you must pay. That is why our contributions to the consolidated revenue fund has improved tremendously. Before now, we also had very unrealistic debt profile in our books – sometimes toxic debts.

“Right now we have eliminated that, because for as long as bills are not reconciled, they keep accumulating, and after five to 10 years, some become bad debts and are written off and shipping companies get away with monies that should have come to the Federal Government.”

Meanwhile, Peterside said the dinner and merit awards would be a grand occasion to reward outstanding members of staff, maritime stakeholders and investors in different categories, while also using the platform to draw and expose the huge potentials of the blue economy to current and prospective investors.