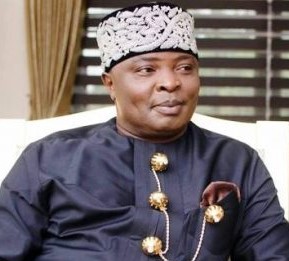 A total of 595 members of staff of the Nigerian Maritime Administration and Safety Agency (NIMASA), including 54 in the director cadre, have been elevated to upper ranks.

Affected in the promotions approved by the NIMASA Board of Directors during a meeting in Lagos were nine deputy directors, who were elevated to substantive directors from Grade Level 16 to 17, while 45 assistant directors were promoted to deputy directors, from Level 15 to 16.

In his congratulatory message, the NIMASA Director-General, Dr. Bashir Jamoh, charged them to bring their wealth of knowledge and experience to bear on their new positions, adding that a well-motivated staff is the driving force of the maritime industry transformation for economic development

“To whom much is given, much is expected. This promotion is intended to reinvigorate the attitude of staff to work and bring about more commitment towards transforming the fortunes of the maritime sector,” Jamoh said.