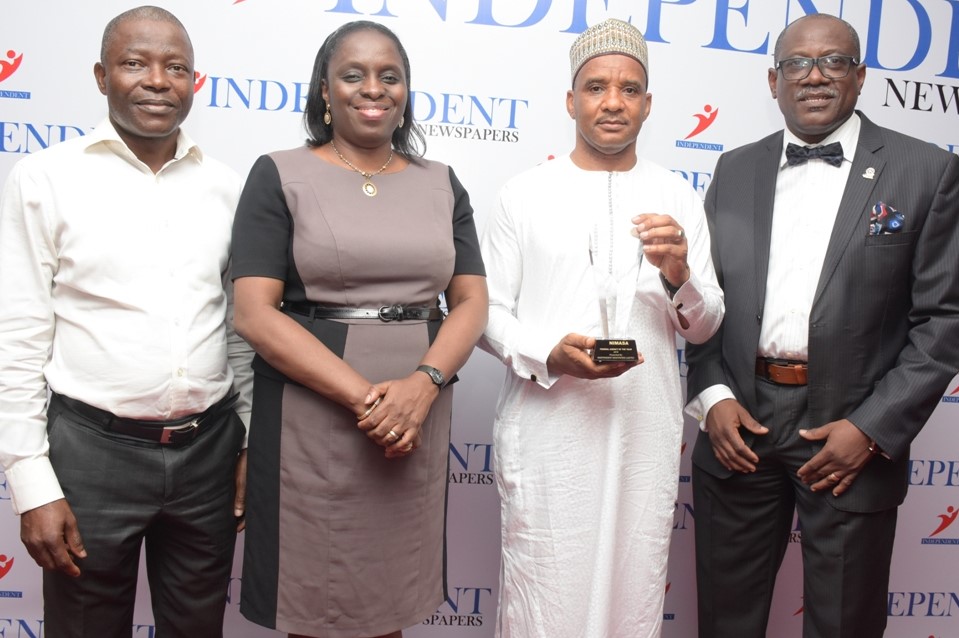 The Nigerian Maritime Administration and Safety Agency (NIMASA) will intensify efforts to reposition the Nigerian maritime industry as it moves to become Africa’s leading maritime administrator, the Director-General, Dr. Dakuku Peterside, has assured.

Speaking in Lagos over the weekend during the Independent Newspapers Awards 2018, where NIMASA was crowned the Federal Agency of the Year, Peterside appreciated the fact that the agency’s efforts to revitalise the maritime sector through its medium-term strategy plan were yielding results.

Therefore, “we will redouble efforts to ensure that the Federal Government’s quest to diversify the economy gets the required support from the maritime sector and its stakeholders, as it portends several opportunities for economic growth and development.”

Represented by the Executive Director, Finance and Administration, Mr. Bashir Jamoh, Peterside dedicated the award to the agency’s stakeholders, while commending the management of Independent Newspapers Limited for recognising NIMASA’s contributions to the economy.

He further appealed to the media to continue to spotlight government’s efforts to reposition the economy, adding that they media remained critical in the actualisation of government’s quest for economic diversification and development.

On his part, the Managing Director/Editor-in-Chief of Independent Newspapers Limited, Mr. Ade Ogidan, noted that NIMASA had maintained a high level of transparency, particularly in financial matters. According to him, “before, the agency cut the figure of an organisation that was riddled with corruption and all kinds of underhand practices.

“But the recent report of a huge and noticeable increase in revenue generation from NIMASA is a big testimony to its unalloyed commitment to playing a prominent role in the overall development of the country.”

He highlighting the agency’s significant contribution to the federal Consolidated Revenue Fund, its quest for excellence through capacity building and promotion of staff, and automation of processes in the agency, among others, as some of the reasons it was selected for the award.