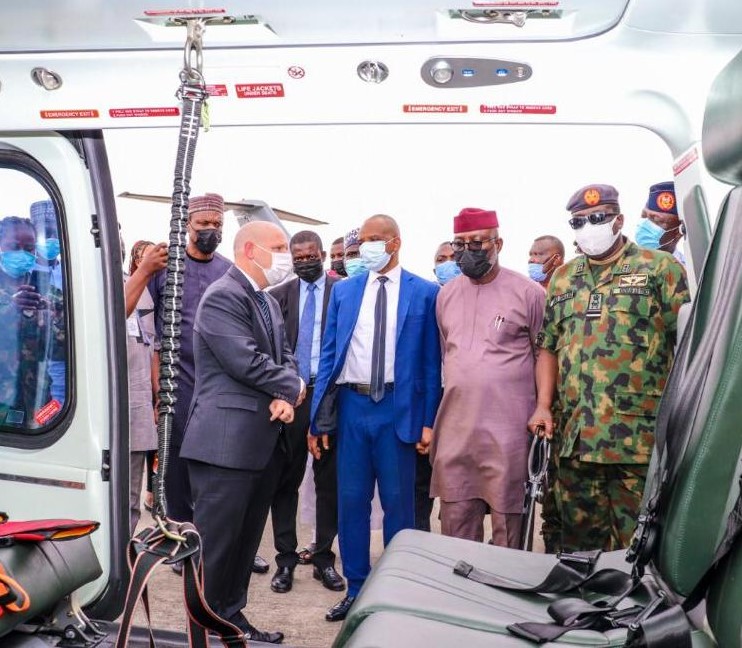 The Nigerian Maritime Administration and Safety Agency (NIMASA) has assured of sufficient provisions in the Suppression of Piracy and Other Maritime Offenses (SPOMO) Act for funds for the maintenance and sustenance of the assets Deep Blue Project assets.

NIMASA Director-General, Dr. Bashir Jamoh, who disclosed this in Lagos over the weekend during the graduation of 43 crew members for the air assets of the Integrated National Security and Waterways Protection Infrastructure, said that Section 19 of the SPOMO Act provides for a dedicated anti-piracy account.

“It also provides a window for the international community to contribute and donate, as the fight against piracy is not exclusive to Nigeria’s economic zone.”

Jamoh described the completion of the training as another positive move towards guaranteeing safety of life at sea and inland waterways, and preventing illegal and criminal activities in Nigeria’s economic zones and beyond, both of which are dear to NIMASA.

Similarly, he disclosed that the International Maritime Bureau (IMB), while appreciating the impact of the Deep Blue Project, stated that it accounted for such drop in piracy from January to June 2021 as never witnessed since 1994. Therefore, he demanded continued vigilance from the officers in the use of the assets.

On his part, the Ondo State Deputy Governor, Lucky Aiyedatiwa, commended NIMASA for building local capacity for the project, and for involving the eight littoral states in the deployment of the deep blue assets, stating that the project will drive the blue economy as an alternative source of income for the government.

Noting that Ondo has the longest coastline among the eight littoral states, he said he was delighted to see that their personnel were also among those trained to man the security assets, as “we cannot leave our security in the hands of foreigners.

“A foundation is being laid by this administration and I want to believe it will be strong enough to be sustained after this administration. What is on ground has shown that this deep blue project has come to stay and what will allow it to stay is if it is sustained”

To that end, NAF carefully selected the best from its personnel for the training as pilots, engineers, technicians, mission system operators, unmanned aerial vehicles (UAVs) operators and the Command, Control, Communication, Computer, and Intelligence Centre (C4i) operators to effectively man the various platforms of the project,” Amao said.

He reminded the graduands that their training, having made them more enlightened and equipped with a greater capacity, also meant greater expectations from them and the service in general to secure the maritime environment.

Meanwhile, Coordinator of the Deep Blue Project, Mr. Anthony Ogadi, who is also the NIMASA Director of Planning, Research and Data Management Services Department (PRDMSD), said that so far, the crew had 10 foreign and 14 local trainings on various platforms of the Deep Blue Project under the supervision of the project contractor, Homeland Security International (HLSI).